5 Oscar nominations – but is it any good? Our reviewer on why it works on both an artistic and political level

To introduce Black History Month, Netflix aired “Ma Rainey’s Black Bottom” last December. It was indeed a great choice to celebrate and pay tribute to the Black heritage of the United States, as marked by the work of two exquisite African Americans: theatre writer and “Poet of Black America” August Wilson and the “Mother of the Blues” Ma Rainey – the woman who shaped the blues and influenced an entire generation of musicians as diverse as Louis Armstrong and Janis Joplin. The film was produced by Denzel Washington and is his second August Wilson play. His first was the drama “Fences” (2016), which he directed and starred in along with Viola Davis – a role that won her the Oscar prize for best leading female role.

So “Ma Rainey’s Black Bottom” opened to high expectations. Viola Davis plays Ma Rainey, and four African American actors, as the members of her band, carry a vital part of the plot of the film. They are session musicians who bring the musical tradition of the South to conquer the scene in the North. Chadwick Boseman is stunning in the role of inspired trumpet player Levee, which sadly turned out to be his last performance, as he passed away of cancer shortly after the filming. He was only forty four.

Behind the camera, George C. Wolfe is a guarantee for sustaining the theatricality and – in a way – the queerness of the film. After all, he is the man who first directed on stage “Angels in America” (1993), Tony Kushner’s epic play on the human condition and LGBT struggles in the aftermath of the AIDS era.

Who was Ma Rainey?

The film starts with Ma Rainey’s frenzied shows, first in her home state, Georgia and then in Chicago. Although she performs the same song, these are two different worlds. In Georgia, a humble tent on a plantation hosts a Black audience looking for recreation and comfort listening to the music of their roots. On the contrary, in Chicago one watches an impressive spectacle, with female dancers moving hedonically to Ma Rainey’s Black Bottom style as well as a different audience: more urban and more affluent.

What has happened meanwhile is described by the Black and white newspaper advertisements that follow, all of them offering workplaces to Black people: Domestic servants, butlers, seamstresses, industrial workers in what was called the “great migration” of African Americans from the South to the North. They were pursuing the dream of welfare and especially of the equality promised to them by the capitalist development that was taking place in the Northern and East northern states. They carried in their baggage the blues, their music that had been born out of gospels and spirituals on the plantations of the South and fused with the musical currents emerging at the time in the urban metropolises.

Ma Rainey’s work was influential in the development of blues in its primal form. Born Gertrude Pritchett in Georgia, she became known after performing with her husband Wil “Pa” Rainey (from whom she only retained her nickname). With powerful vocal abilities and her unique style, Ma operated in several musical ensembles, which combined the mostly white folk show vaudeville (the equivalent of cabaret in the 19th century) with the Black music of the South. She acquainted the white audience with Black culture by bridging the gap between them and confirmed to the Blacks the power of their cultural heritage.

Far from being a mere performer, Ma Rainey played an active role in composition, imbuing musical pieces with the depth and richness of her own experiences as well as Black women’s stories: fear, anger, euphoria, love, sexual desire. Angela Davis in her book “Blues Legacies and Black Feminism: Gertrude “Ma” Rainey, Bessie Smith, and Billie Holiday” writes that “Rainey’s songs are full of women who explicitly celebrate their right to conduct themselves as expansively and even as undesirably as men.”

Ma Rainey challenged in practice the morals and sexual norms of her time. Her songs talk about “sissy men” and “butch” – mannish – women and she herself danced on stage incredibly provocatively in the most unashamed way. Off stage as well, she did not bother hide her sexual orientation. She organized legendary “women-only” parties, occasionally broken up by police raids on gross indecency charges.

“Prove it on me blues” is the most famous of her rich anthology of homoerotic songs and is identified as the first ever song with a lesbian reference:

They say I do it, ain’t nobody caught me
Sure got to prove it on me;
Went out last night with a crowd of my friends
They must’ve been women, ’cause I don’t like no men
It’s true I wear a collar and tie.
Makes the wind blow all the while.»

The poster published by Paramount to promote the song (below) leaves no space for misinterpretations. It shows Ma, also a fashion icon, wearing a suit, tie and a fedora hat, arm in arm with two cute women.

How can such an exciting life be conveyed on screen? It just can’t. Not only the film, but also August Wilson’s play, makes more a wry commendation of the times of “Ma Rainey’s Black bottom” than her biography.

It’s a hot summer day of 1927 at the studio of a record company (Paramount is implied) in Chicago. The (white) producer is waiting for the diva of the blues, Ma Rainey and her band to record. In the first part of the film we watch the members of the orchestra who have arrived on time, three old school experienced musicians and the younger trumpeter Levee (Chadwick Boseman), heading for a rehearsal in the basement of the building.

Their descent into the sunless, gloomy room underscores directly the social position of Blacks at the bottom of American society and they can not help but comment on it. After all, despite their well-groomed appearance and elegant attire, they noticed the way whites were staring at them as they got off the railway.

Levee dreams of escaping living life hand-to-mouth, obscured under Ma Rainey’s shadow. The yellow fancy shoes he just bought on the money he had made beating his friends in a game of cards symbolize his ambitions. Levee wants to modernize Ma’s classic blues by adding playful solos to the introduction and between the verses and he has convinced producer Sturdyvand that this is what the (white) audience needs in order to chill out listening to the blues. This is the music he will play with the new band he has in the works and he feels confident about them being recorded.

The other musicians, trombonist Cutler, pianist Toledo, and Slow Drag on double bass, all blow him off, but Levee would not change his mind. Neither would the stories they narrate about someone who sold his soul to the devil, nor Toledo’s pessimistic monologue, which uses food and cooking as a parable for the plight of African Americans: “The colored man is the leftovers”. On the contrary they have the opposite effect.

Levee carries his own tragic story with him: he’s from the plantations of Tennessee, where he was stabbed by white racists who had invaded his home in his father’s absence and were harassing his mother. His conclusion from the experience was that there is no god, and the objective is to achieve success, money and fame.

Ma’s late arrival at the studio leaves room neither for creative renewal, nor for negotiation. Majestic and assertive, with her mistress Dussy Mae on her arm and her little nephew Sylvester at the wheel of her brand new car, they make an eye-catching trio that clearly shows Ma’s agenda.

It is not so much the volume of make-up and blush on Ma-Viola Davis’s face, but her authoritarian attitude towards the musicians and the possessive demeanor towards Dussy Mae (who is flirting unabashedly with Levee) that make Ma a rather negative figure. But she is not naive – that’s how she has learned to survive.

In this way she dictates not only that the music pieces be recorded in the original version (her own), but also that Sylvester will be paid to introduce them, despite his obvious problem in articulating his speech. She is aware of his weakness as much as she knows that it’s the correct timing for her to get what she wants. Like her session musicians, Ma bears the burden of surviving in adverse conditions, and this portrayed as the root of her cynicism.

At the end of the day, after performing her pieces they way she wishes, Ma receives her salary in full, plus pocket money for nephew Sylvester. Levee is left with the bitter taste of an unjust rejection and ends up sell his scores for five dollars to Sturdywand, who will eventually record them with a swing all white orchestra.

The price of the transition from blues to swing is soon paid by Ma Rainey herself, who will be left without a record label when Paramount unilaterally terminates their collaboration. She will be left with the bus she bought with her name painted on it.

The film may not enlighten us about Ma Rainey herself and this probably disappointed those who wished to know about her fascinating life. Nevertheless, it is a dense work with deep and penetrating dialogues, and while it unfolds almost in real time, it is a lot more than a cinematic theatrical performance. It is an essay on American history, racial oppression, the power of music, and how all these intertwine and compose the mosaic of modern America. And from this point of view it speaks not only of its time but also of today. 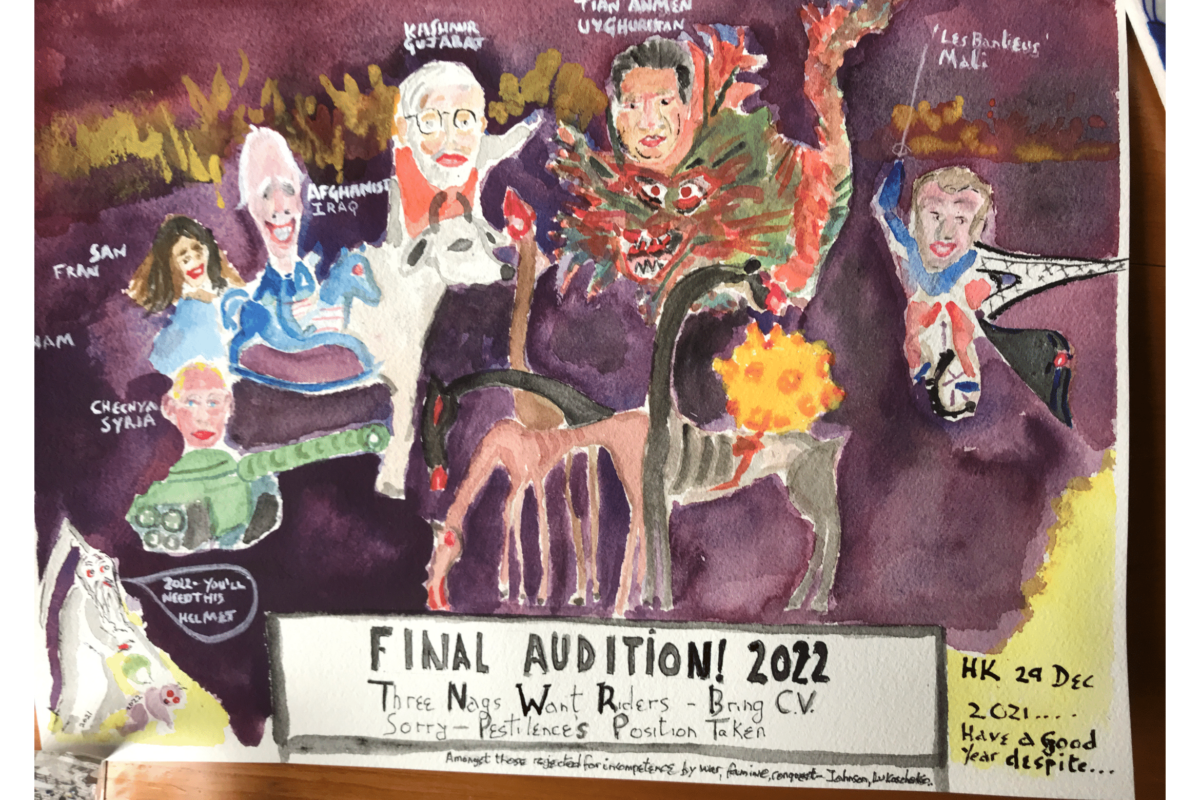 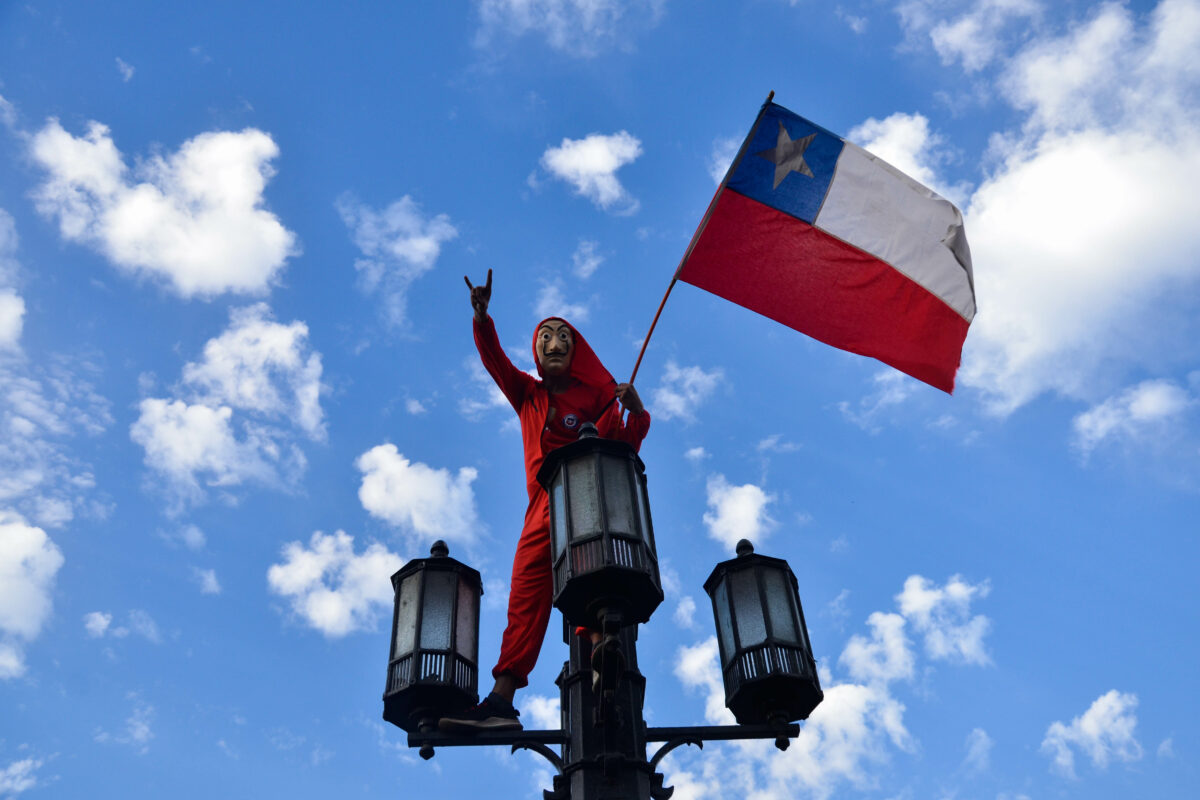