With the far right making gains across Europe, there are worrying developments in France

It has been a year in which the far-right threat across Europe has been getting ever worse. The recent electoral victories of the fascists in Italy, in Hungary and in Sweden, followed by the warm treatment of the fascist politicians by mainstream Prime Ministers and presidents, show that we are in for a long, hard struggle. Marine Le Pen’s party in France has had a series of successes and is hoping to build further in the coming months. Determined opposition will be crucial.

After having obtained 13 million votes in the presidential elections and getting 89 Members of Parliament in the legislative elections earlier this year (up from only eight MPs previously), Marine Le Pen’s National Rally (named National Front until 2018) is on a frightening trajectory. Its fiftieth annual conference, in Paris on Saturday 5th November, chose a new president to replace Marine Le Pen. This is Jordan Bardella, a nasty piece of work, only 26 years old. He was brought up in the poorer suburbs of Paris, so is not a millionaire like those of the Le Pen family, and he is hoping to bring the party a new and dynamic image. He was chosen by 85% of the party’s 37, 000 members, and has been standing in as president already for the last year while Marine Le Pen was running her presidential election campaign. Bardella is known for denouncing gay marriage, and for cultivating links with Italian far-right politician Salvini, and with nazi currents in France such as “Génération identitaire”.

His election does not signal a change in political strategy as such, and is certainly not a rejection of Marine Le Pen, who remains the power behind the throne: she is almost certain to stand again in the presidential elections in five years’ time.

Bardella’s defeated opponent was Louis Alliot, who represented the political option of moving closer to the traditional right wing parties. However, because the National Rally was, for a few months last year, outflanked to its right by Eric Zemmour and his organisation “Reconquest”, which openly whines about the danger of the extinction of the true French race, Bardella is keen to keep the worst racists on board and strictly limit any further mainstreaming.

Bardella immediately set up a national committee containing only his close supporters, and including several members with links to small nazi groupings. In his first speech, he called on people to resist “a France which is making French identity a dirty word.”

Always dressed in sharp suits and skilled at public debate, Jordan Bardella has been enormously assisted in his rise by the mainstream media in France, invited to all the main talk shows to speak of his politics, his tastes and his personal life.

As the traditional parties of government of both left and right in France have collapsed over the last ten years, there has been a rise in popularity of proposals for far-reaching change. If the radical left France Insoumise represents a real success story so far (within an alliance which gained eight million votes at the presidential election, and now has 151 Members of Parliament), many voters have turned to the far right, which has been relatively successful in persuading people it has left its old nazi ideology behind.

Anyone who thinks the National Rally are no longer racist scum, though, really hasn’t been paying attention. Just recently in parliament their MPs proposed an amendment that would remove the right to vote for workplace representatives from any worker who does not have French nationality (this is a right which has existed since 1946!) Meanwhile in Perpignan two months ago, the RN mayor pushed a motion through the municipal to rename a local square after Pierre Sergent, a far-right terrorist from the time of the Algerian war.

A racist incident in parliament this week is causing problems for National Rally’s claim to be a party like any other. While a Black MP, Carlos Bilongo Martens from the France Insoumise was speaking of the need to help African immigrants in the Mediterranean, RN MP Grégoire de Fournas shouted out something which might have been « They should back to Africa! » (meaning the migrants) or « He should go back to Africa! » (meaning the Black MP who was actually born in France). The two sentences are pronounced exactly the same in French, though the ambiguity could well have been completely deliberate. De Fournas has a long history of racist comments. “If you want to see Black people you can go to Africa,” he tweeted in reply to a question about multi-ethnic neighbourhoods in his town. When speaking of refugees, he is known to refer to “invasions” and to compare refugees to rats.

De Fournas was suspended from parliament for a couple of weeks and even a couple of RN Members of Parliament suggested he had gone too far for them. Even so, mainstream media such as BFMTV promptly spent twice as much time interviewing de Fournas as they did interviewing Bilongo Martens.

Weak points of the fascists

If the electoral victories of the RN rightly worry everyone on the Left, the discussions at the RN conference show the weak points of the RN, which the Left can use to fight back. Even today, with so many millions of votes, the RN party structure is locally very weak. And the annual May demonstrations that the party used to organize were so unimpressive that they have not been held these last few years.

Conscious of their need to build up local structures, Bardella announced his intention at the conference to make a priority of “being present in the culture.” “We will be organising a lot of debates, a lot of lectures,” he announced. Another leader, Julien Sanchez, declared “We need to be more visible… we need to organize more public meetings and reach out to people.”

Such local events should be systematically confronted by broadly-based counter-rallies or pickets. In the late 1990s, this tactic (which was called “democratic harassment” by the organizers) had some success, but more recently has only been visible in a few local initiatives. Last Saturday there was a counter demonstration to the RN conference. It was called only a few days before, supported by local organizations, and attracted a couple hundred people, but it was an essential start. Stopping the fascists from building solid local party structures and events should be a major priority for the Left. This means there is a need to argue against the more popular positions on the Left that claim either that only revolutionaries can really fight fascism (and so do not try to broaden involvement), or that only by solving unemployment and poverty can one push back the RN, and no specific antifascist campaign is needed. 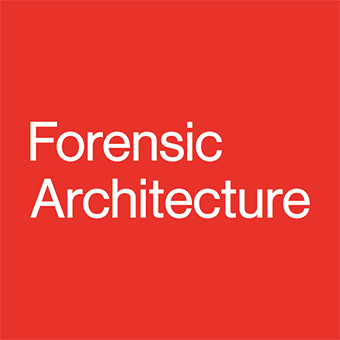