Summary of the Victorian Socialists’ campaign in the recent Australian elections

After the article we published this week on the Australian elections, here is some supplementary information about the Victorian Socialists, who were mentioned in the article.

The Victorian Socialists is an electoral alliance involving members of Socialist Alternative, Socialist Unity Caucus, and many independent socialists based in the southern Australian state of Victoria. It was formed in 2018 to contest the Victorian state election in November that year, where it fell just short of having someone elected to the state parliament. Details on the party’s formation and its results in the 2018 state election, and 2019 federal election, can be found here. In local council elections in 2020, VS member Jorge Jorquera was elected as a councillor for Maribyrnong in Melbourne’s western suburbs.

The following is an edited extract from an email sent to members of Victorian Socialists by party secretary Corey Oakley on Sunday 22 May detailing the results the party achieved in the election.

Across the eleven lower house seats we contested, 22,116 voters had given their first preference to Victorian Socialists when counting closed last night. With more counting to come, this is easily the largest number of votes for a socialist electoral project in many years in this country.

Once again we’ve shown that a socialist message of hope and resistance, which for decades has been pushed to the margins of Australian political life, can strike a chord with many thousands of people in some of the key working class heartlands of Melbourne.

It’s important to put our 2022 results in context. In the 2019 federal election, Victorian Socialists contested just three seats. We were pleased with our 2019 results—4.6 percent in Calwell, 4.5 percent in Wills and 4.2 percent in Cooper. In 2022, campaigning over 11 seats, we were always going to be massively stretched. We had significantly fewer campaigning resources in Calwell, for instance—both on the booths on election day, and in advance to knock on doors.

So it’s a terrific achievement that the first preference vote recorded for Jerome Small in Calwell is currently at 4.91 percent, with the large Craigieburn pre-poll booth still to report. At a couple of booths in Roxburgh Park we won 10 percent of the vote.

Other results in the north also held up well. Kath Larkin in Cooper is currently on 3.9 percent, Emma Black in Wills on 3.3 percent, and Colleen Bolger in Melbourne on 3.8 percent. In Scullin—where we didn’t have the resources to do much beyond letterboxing and a presence on some booths—Cameron Rowe is on 3.1 percent. The Scullin result includes booths like Lalor North where 7.4 percent of people voted socialist, and Thomastown Secondary where we won 5.8 percent of the vote.

In the western suburbs, Victorian Socialists has never run a candidate in a federal or state election. Though our local councillor Jorge Jorquera has raised the profile of VS with his consistent work, in most areas we’re starting from scratch. So it’s great to see Catherine Robertson currently on 5.4 percent of the vote in Fraser, a really good result for all the work put in by our campaigners. Two booths in Footscray reported over 10 percent for Catherine, with another five booths reporting over 7 percent.

Most of our campaigns in the west consisted of letterboxing and a small presence at the polling booths, engaging with voters who had never heard of us before. Belle Gibson in Gorton is on 2.5 percent, Andrew Charles in Gellibrand on 1.6 percent, Jack Hynes in Hawke on 1 percent, Claudio Uribe in Lalor on 1.8 percent, and Daniel Dadich in Maribyrnong is on 2.2 percent.

In each of these campaigns, our campaigners could find a sympathetic audience for a socialist project when we could engage with voters. For instance, 9.6 percent of voters at Deer Park voted for Belle Gibson, while 5.8 percent of everyone who voted at Tarneit West voted for Claudio Uribe. The sheer scale of the task meant that duplicating this kind of vote across the west was always going to be a challenge, however.

Of course, these raw numbers tell only one part of the story. In those numbers are the airport workers, aged care workers, students, construction workers, retail workers, warehouse workers and all sorts who have heard a socialist message, often for the first time in their lives, and who have responded by voting socialist.

We’ve put socialist politics on the map through large sections of the working class suburbs of Melbourne’s north and west for the first time in decades—or for the first time ever, in the case of the massive growth suburbs. We’ve done this through putting hundreds of thousands of leaflets in letterboxes, through knocking on tens of thousands of doors, and through countless thousands of conversations on doorsteps, in shopping malls, and especially on the voting booths.

In particular, the contribution of the 200 campaigners from Tamil and other refugee communities who were part of Aran Mylvaganam’s Senate campaign needs a very special mention. Most of these campaigners are systematically pushed to the margins of Australian society—but over the last few weeks and in particular yesterday they have played a crucial and inspirational role in rebuilding a militant, anti-racist, socialist current in this country.

Importantly, all of this work has built a platform the Victorian state election on November 26, where we’ll be aiming to achieve a breakthrough for the socialist left by getting a socialist elected to the Victorian upper house. Though we have plenty of work to do in sifting through the results and planning our campaign—and an enormous amount of work to do in the lead-up to November 26the results from our federal campaign give us confidence that it’s possible to achieve this task.

Of course, though we’re proud of our efforts, Victorian Socialists is under no illusion about the state of politics in this country. We’re celebrating the appalling Morrison government being tossed out of office. And it’s great that the Greens have picked up at least 2 lower house seats in Brisbane. But with a drab Labor government under Albanese determined to look like a pale imitation of the Liberals, and a surging far right vote, the urgency and importance of rebuilding a socialist current in Australian political life is clearer than ever. 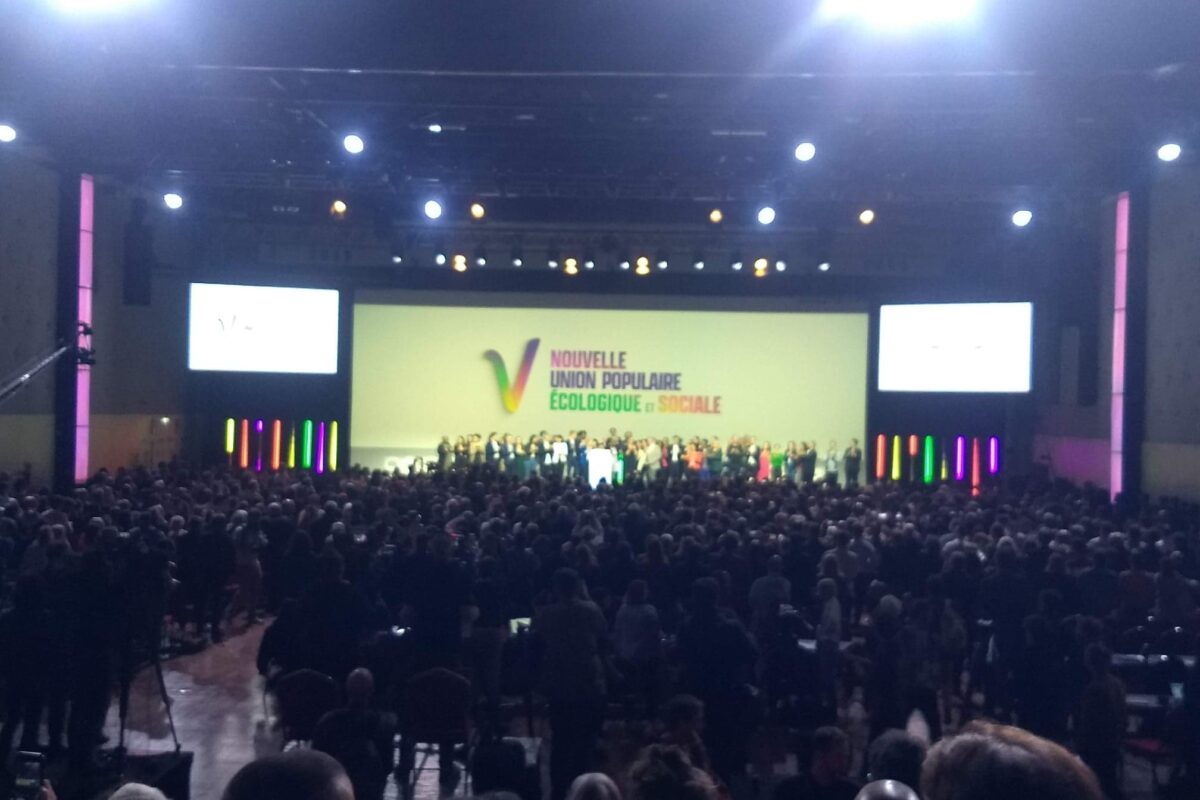