Mikis Theodorakis belongs to us

“Always I have lived with two sounds — one political, one musical,” Mikis Theodorakis interview to The New York Times in 1970.

The death of the acclaimed Greek composer Mikis Theodorakis on September 2nd had a world-wide impact. Mainstream press like the New York Times, The Guardian and many others paid tribute to his immense musical work, one which spanned from classical music, operas and oratoria to Greek popular music and soundtracks. The latter like “Zorba the Greek”, “Z”, “Serpico” became almost more famous than the films they were written for. Of course, all obituaries commented on his political standing, his affiliation to the Communist party and the Left and his later move to the right wing. So, who was Mikis Theodorakis? Was he simply –just the “national” composer, one who could speak for all Greek regardless of ideas and politics?

The government of New Democracy answered “yes”. They declared a three-day national mourning for the loss and rushed to praise the genius of Mikis Theodorakis and his work which “speaks for Greece, the land and the nation”!

What hypocrisy! The world of the ruling class bows to a great artist who became great just because his work and he himself identified with the world of the working class and the oppressed. Most important, this was shaped in an extended time period when the latter were in a fierce and unresolved conflict with the former, the 1960s and 1970s.

There are contradictions in the entire life, views and activity of Mikis,. These open the door to such attempted hi-jacking, although they are not successful. Because Mikis himself, approaching the end, wrote a letter declaring that what is important are the “Big Figures”, and that he wanted to die as a communist. But also – most significantly, because his songs were shaped within the struggles of the left people, with the great uprisings of the working class and the poor. Still today, in moments of social unrest people come back to sing them as a means of historical reference and inspiration.

Mikis was born in the island of Chios in 1925, the son of a civil servant from Crete and a refugee from Izmir. It followed the Greek-Turkish war of 1921-22, both parents coming from a democratic background in times of hard repression. When Germans occupied Greece during the second world war, Mikis was studying in the conservatory and composing choral works. Soon he became an activist in the struggle for survival, at a time when poor people starved and black market traders were thriving. This led him to join the youth group allied to the partisan resistance, EPON and later the partisan army ELAS.

In December 1944, by the end of the WWII, British troops attacked the leftwing forces that had led the resistance against the Germans in the bloody battle of “Dekemvriana”. Mikis escaped arrest during these street battles, only to be arrested later and tortured almost to death in 1945 and again in 1946. During the Greek civil war the regime established exile camps on desert Aegean islands to «reform» the rebels, actually torture and force them sign statements to redeem themselves by denouncing communism. Mikis paid the price of his political engagement by spending several months in the notorious Makronisos.

After the Greek civil war

By the end of the civil war he was released, graduated from the Athens conservatory and began composing and working on his first symphony. Receiving French government scholarships he left with his wife Myrto, so that they both would continue studying in Paris.

The post-civil war years were hard for left-wingers in Greece, as repression and exclusion from public life was the norm. Despite being aware of this harsh reality, Mikis decided to return home and participate actively in Greece’s cultural and political life. Instead of engaging with what was the musical establishment in Athens, he chose to compose music for “Epitaph”, the poem that the communist poet Yiannis Ritsos had written. This was inspired by the bloody Mayday of 1936, when the police attacked and killed hundreds of tobacco-workers in Thessaloniki. Ritsos and his poetry were almost illegal in 1960, but Theodorakis released an LP album and made his breakthrough in the public, shocking the mainstream intellectual circles.

One can see here the elements that made his music unique: He would pick poems by acclaimed poets, such as Georgios Seferis, Tasos Livaditis, Garcia Lorca, Odysseas Elytis and compile music introducing innovations such as the use of bouzouki. This was the traditional string instrument. He also used popular-folk singers of humble origins. The outcome was prestigious. It was music stemming from the people and going back to the people. In this way, poetry ceased to be a “high art” thing for the educated elites, it entered working-class houses and was sung in workplaces, in protests and concerts. In 1965 Mikis released “Mauthausen” based on the lyrics of Holocaust survivor Iacovos Kampanellis. It would be described as the most beautiful music written about the Holocaust.

Mikis was an active member of EDA (the legitimate left party, as the communist party was illegal). The 1960s marked an upturn in the class-struggle, in which he he founded the youth organization “Democratic Youth Grigoris Lambrakis” (the lost athlete and political activist assassinated in 1963 by far-right thugs) and became its first leader. As an elected MP with EDA, he toured the country from city to city to perform with his ensembles and then discuss with the audience. Young people would defy the bans by the police and take part in the concerts, turning them into political events. This process elevated both, his political understanding and his art, which was dialectically related to the popular movement. In these years he became known worldwide, especially after the international success of “Zorba the Greek” (1964).

Rise and fall of the dictatorship

Unfortunately the political unrest of the ’60 was defeated by the military coup d’ etat of 1967, which put Greece under a colonels regime for 7 years and introduced a new significant role for Mikis. He was in the small circle of the people who called for armed resistance from the very next day of the coup. Unlike the leadership of the left parties, he felt optimistic about the potential to organize against the regime. He paid the price for his standing, but he also sowed the seed for the next phase of the movement. Mikis was arrested, tortured, imprisoned, put in house arrest before fleeing to Paris in 1970 following an international campaign. He was already famous. In 1969 he had written the score for Kosta Gavras’s “Z”, a film narrating the assassination of his friend, Lambrakis (see above). From Paris he toured the world giving concerts with his band and speaking for international solidarity with Greece. His international audiences could be found from Allende’s Chile to Palestine and from Castro’s Cuba to London. He wrote music based on the lyrics of Pablo Nerouda (Canto General, 1971), film and TV scores, notably Gavras’s “State of siege” and Sidney Lumet’s “Serpico” (1973), starring Al Pacino as an idealist cop.

With the fall of the dictatorship in 1974, Mikis returned to Greece a hero. That was a time of rebirth for the working-class movement and the left. Thousands of people packed into stadiums to cheer the victory of the resistance. Unfortunately at that moment Mikis gave his open support to the new conservative prime minister, Karamanlis by declaring that the choice in the elections was “Either Karamanlis or the tanks”! He was 100% wrong, as the dynamic of the movement that brought down the dictators was strong and oriented to the left. Mistaken in suggesting that the right wing is the guardian of democracy, this put a brake on the potential of that period.

It can be understood though, as in the heart of Mikis’s thought was his country, Greece, namely “Romiosyni” – after one of this albums – more as a nation than as a society divided into capitalists and workers. Although he reconciled briefly with the Communist Party (KKE), gradually the patriotic concept became prevalent in his entire activity. This created tensions and controversies. Mikis Theodorakis would visit Lebanon to support the PLO and Yasser Arafat and undertake to write the national anthem of Palestine. But he would also compose music to celebrate François Miterrand’s electoral success in France. He continued to compose all sorts of musical pieces, but without doubt, the songs that he picked for his concerts were mainly the stuff of 1960s and 1970s.

Turn to the right

By the 1990s, his political orbit brought Mikis into the government of the right wing Konstantinos Mitsotakis. Although this collaboration didn’t last, it was a big disappointment for the left rank and file, which felt betrayed. Collaboration with the right wing was not introduced by Theodorakis but by the unified “Synaspismos of the left” in 1989, when they formed a coalition government with the right wing party. Mikis did not invent these collaborations, he only pulled to the edge strategies that the reformist parties had already practiced.

In the following years he had a couple of brilliant moments, opposing NATO’s wars in Afghanistan (2001) and Iraq (2003). During the “squares movement” of 2010 in Greece he intervened and founded an initiative called “Spitha” (spark). He had his dark moments as well, most notorious his involvement in nationalist protests against North Macedonia. But in any case, his role in the political life had diminished.

To whom does Mikis belong?

The life of Mikis Theodorakis has been full of controversies and zig-zags but his musical work was not. His songs transcend them and constitute a kind of national and global heritage, they are great art. But they are art that speaks for those from below fighting against those from above. This is the main reason why the attempts of the right wing to connect with Mikis’s legacy are illegitimate. Left-wingers may have felt disappointed by many certain stances Mikis took, but his work identified with some of the leading events of the class struggle and the Left in Greece, it is an asset of the movement. This is the reason why, during a demonstration people would sing his songs spontaneously and this is the best way to say farewell to Mikis Theodorakis. Not by idealizing him, but by reviving the spirit of resistance they were made with. 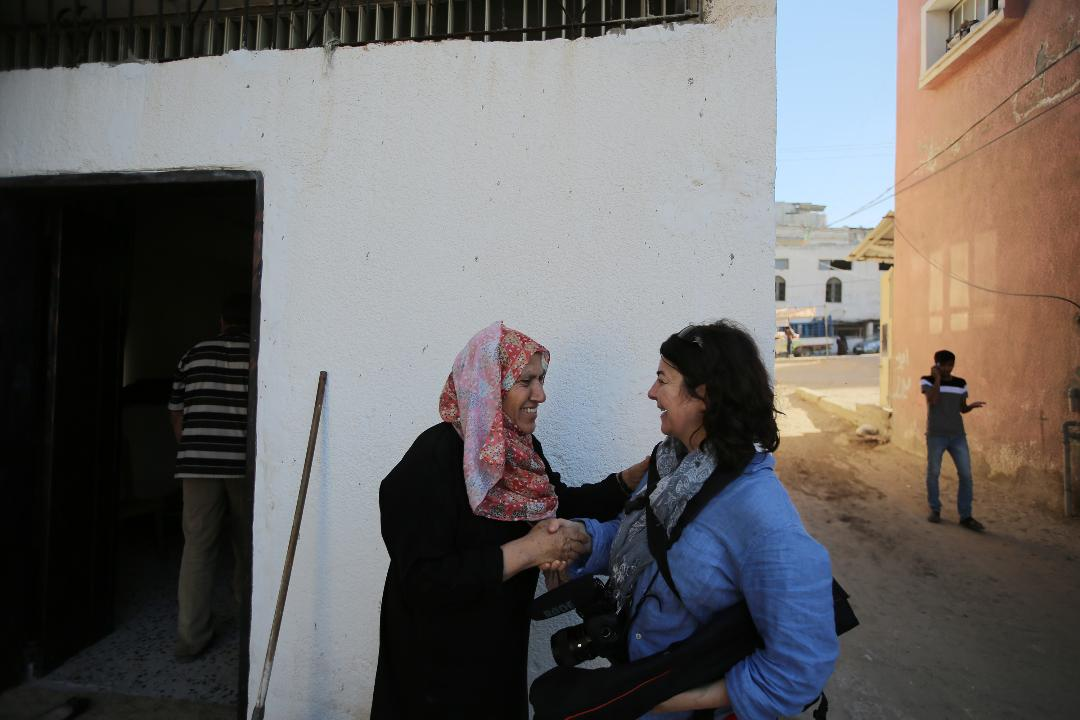 “You need to make a stance for what is right” 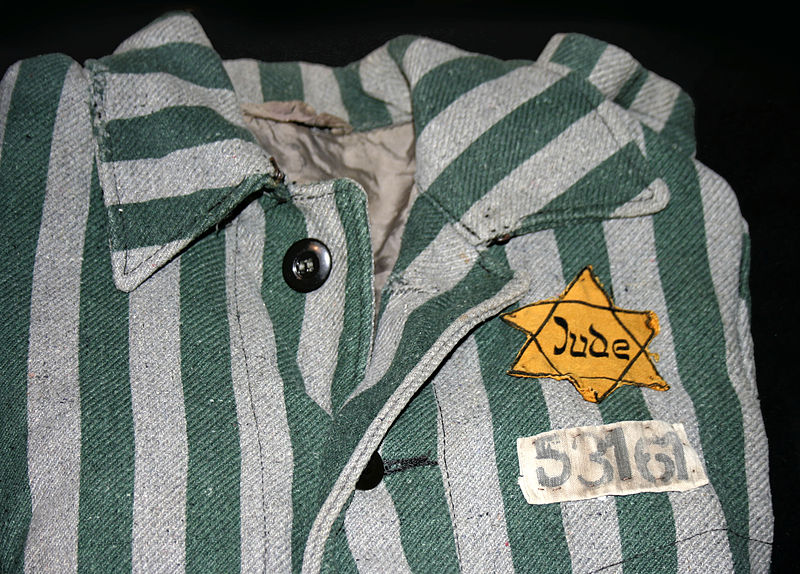 Antisemitism is a Form of Racism 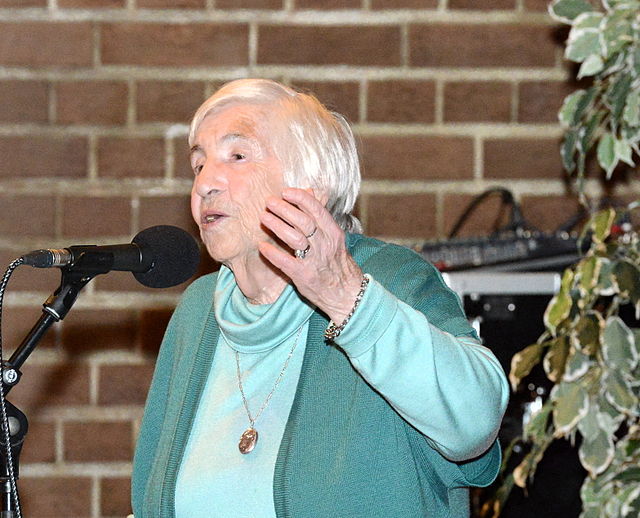