Last weekend (March 13-14), thousands of Greeks gathered in the main squares of the neighborhoods of Athens and other cities with one main focus point: Stop police repression! The slogan “Πονάω” (it hurts) is a free translation of “I can’t breathe”. The protests were called by grassroots organizations of the radical and anti-capitalist left and found broad support at the localities, in some occasions they were even called just via social media! All were peaceful, militant and political and sent a strong message to the right wing government of New Democracy (ND) and PM Kyriakos Mitsotakis, that his strategy of using the pandemic to repress civil rights is not tolerated any more. The slogan “Down with New Democracy” was heard all over the country.

A calendar of protests

These mobilizations did not fall from the sky. They are the culmination of resistance to the attacks of ND and, for the first time since the start of the pandemic one year ago, they seem to bring different movements together and cause damage not just to the image of Hellenic Police, but also to the prestige of the government and its ability to go on with its policies.

The spark for calling the weekend’s protests was one (more) incident of police brutality, which took place last Sunday at the square of Nea Smyrni in Athens, after policemen attacked and leveled a family with 300 € fines for simply drinking their coffee sat on a bench! Passers-by defended the family, only to be beaten with iron bars and arrested, while the media were claiming that “policemen were attacked by a mob of 30 people in Nea Smyrni”!

Following an impromptu protest on Sunday evening, Tuesday saw an organized massive demonstration of more than 10.000 marching around the streets of the neighborhood. At the end of the protest and using the injury of a policeman as a pretext, the notorious riot police special forces (MAT) unleashed a violent pursuit through the streets, beat and arrested dozens of young people. Some face now charges of attempted homicide.

One day earlier, the 8th of March was a successful day of strike and work stoppages for women’s rights and demonstrations took place in the city center, reinforced by the Greek #metoo moment, young people, feminist groups and left organizations.

One day later, on Wednesday morning, thousands of students and teachers took the streets to protest against the reactionary reforms that the government has just voted. The most provocative is the establishment of special police units in campuses, to impose “law and order”, which is allegedly lost in Greek universities.

This is a symbolic as well as substantial gesture. Greek universities have historically been bastions of resistance and left-wing thought and action. The fall of the military junta which ruled the country from 1967 until 1974 started with the uprising of the Technical University (Polytechnio) on the 17th November 1973. After regime change, campuses have been police – free, offering a sort of political asylum to citizens.

This principle was banned by ND, together with a bunch of neoliberal reforms, such as the introduction of private higher education and binding university studies with big business. The reforms provoked massive student demonstrations and squats, they braved repression by MAT, but were so massive, that finally broke the government bans on public gatherings in the context of covid -19 measures. They are repeated almost every week since early February.

Finally, on Thursday afternoon, one more massive demonstration took place outside the parliament, calling for defending democratic rights and in solidarity with the hunger strike of life imprisoned Dimitris Koufontinas.

Koufontinas had been second in rank and hitman of the defunct urban guerilla group “17 November”. He went on hunger strike for 66 days to protest the government’s refusal to his just demand to serve prison in Korydallos, at the special section for members of terrorist groups. This is a case which under different circumstances may have nothing to do with the mass movements, as 17 November, even at its most influential days would always act as an agent of the people and was never connected with rank and file struggles. However, at this political timing, Koufontinas’s call found a resonance not narrowly in anarchist groups, but in wider audiences, human rights groups, even sections of the center right expressed their wish for a fair handling of his case.

17 November was dismantled in 2002 after an explosion that exposed one of its cadres, Savvas Xiros. Shortly after, Koufondinas turned himself voluntarily to the police, undertaking the political responsibility for the actions of the group, including 22 executions of (in)famous politicians, of which he had conducted 11. Among the targets were officers of the military regime who had been torturing political prisoners, British and U.S. embassies military attaches, capitalists and politicians. The brother in law of Kyriakos Mitsotakis was one of the latter.

The government therefore had personal motives to want to smash him, but it was more than this: For the narrow minded think-tanks of New Democracy, Koufontinas represents mistakenly not a particular political practice, but the entire Left. By smashing him, they fantasized themselves and their more conservative voters that they can impose law and order, which had promised to do and also marginalize the Left. They caused the opposite: Sympathy for Koufontinas and deep concern for sustaining the democratic rights in the country.

The Hellenic League for human rights, Amnesty International, observatories and socialist lawyers managed to raise the issue, not on the ground of any sort of political agreement with terrorism, but on the case of human rights to be defended when arbitrarily and revengefully denied. At the end of the day, people made comparisons with Bobby Sands and the Irish freedom fighters in British jails in 1981! This dynamic is connected with the resistance to the government and the state and constitutes the real alternative to the undemocratic methods of ND.

The government of New Democracy has failed completely

Last June Greece exited the first wave of Covid-19 with low number of casualties. The main reason is that the vast majority of the population respected willingly the lockdown measures, demanding though that the government would keep its promises for strengthening the National Health System and support the people who had been redundant, or even lost their jobs during the Covid crises. On the contrary, Mitsotakis’s government arrogantly concluded that they had the consensus to impose any policies they and their friends, the Greek capitalists wished. They counted on tourism, the country’s “heavy industry” for a recovery of the economy and failed to deliver to the working class.

The result was that by the arrival of the second wave in October, the country was still completely unprepared, but this time the virus was in. Despite stricter and occasionally ridiculously hard lockdown restrictions (e.g. a curfew at 21.00 on weekdays and on 18.00 in weekends), this time infections and deaths are soaring (4 digit numbers daily), the sparse ICU units are all full, the economy is in a deep slump (10% at least), thousands of jobs have been lost and working people in redundancy have to survive on a mere 530 € subsidy per month.

Discontent has been rising and several sectors have been striking despite restrictions. The response of the government was more repression: They banned all public meetings and encouraged the policemen to issue fines and arrest citizens, allegedly for failing to meet the measures. People are squeezed inside crowded metro wagons to go to work, while the government spokespersons insist that this is ok, but sitting on a park bench is infectious, and so is laughing and speaking loudly!

All these failings constitute the ground on which anger is building up and, although ND controls all mainstream media and injects more and more state money to them, resistance keeps growing. Social media have provided an alternative to the lies and cover-ups of the media, as activists publicize through them not only criticism and opinions, but also facts and proves of police brutality, like in the events in Nea Smyrni.

Mitsotakis attacked publicly the use of social media as one-sided, but he and his family would soon be exposed by the following incident which leaked through social media: A video outside the house of parliament shows a police driver serving in the security of Dora Bakoyannis (sister of Mitsotakis) behind the wheel of a car that collided with a motorcycle on Friday March 12, leaving the 23-year-old rider brain dead at the hospital. For 48 hours, mainstream media were silent, until the leaked video became viral, showing that, not only did the driver abandon the victim unconscious, but also traffic police at the location intimidated protesting passers-by and sent them away. Dora Bakoyiannis tried to make up for the awfulness, but only after the events had gone around the country. Patience for the government is being exhausted and more and more people are infuriated.

The only good news for ND is that Koufontinas ended the 66 day hunger strike on March 14, but it’s doubtful whether the government can rejoice on this. On the contrary, he made his legal demand visible, so his lawyers speak of a clear ethical and political victory over ND. I would add that it was a good timing that his just cause managed to merge with the on-going political battles.

Most importantly, the long struggle goes on inside Greek society, trade unions, universities, neighborhoods. On the 17th and 18th of March, hospital workers are on strike once more, students are still in mobilization and on the 20th we take the streets together with immigrants and refugees against the racist policies of the government. 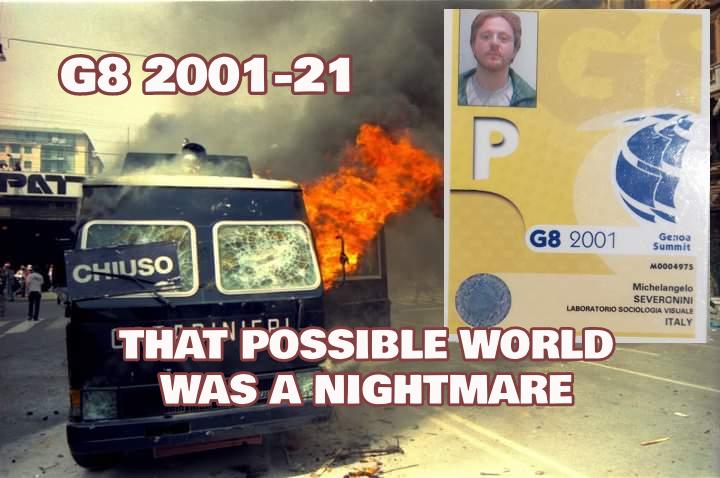 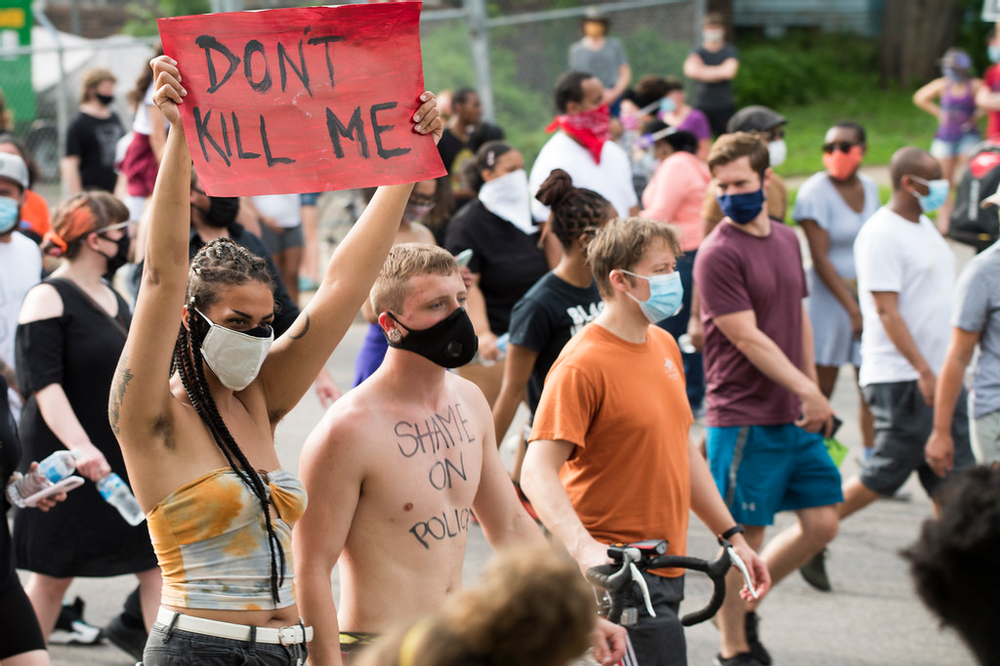 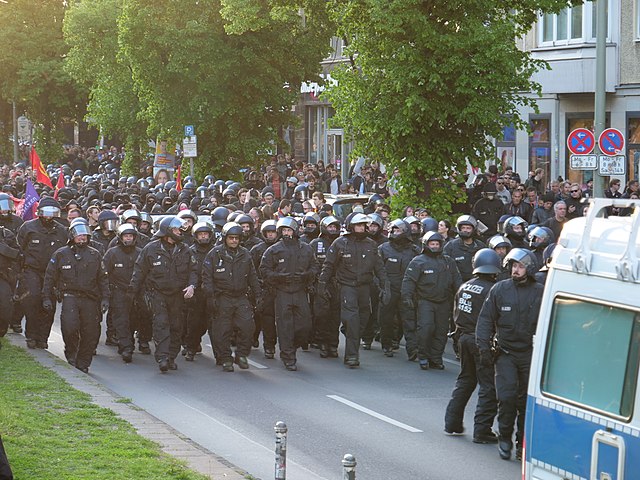