As a housing activist and member of the Berlin Senate, here’s why I think LINKE members should vote NO to the new coalition agreement

Recommendations for posts in the next Berlin government are in. Urban development goes to the SPD

. What about Die LINKE?

Let me put it this way. It is very difficult to gain a direct mandate [majority of votes in a constituency]. It is even harder to defend this at new elections.

Put another way: to win one of the most powerful government departments in 2016 was a great victory.

As a politician for my party Die LINKE, I cannot just speak about urban development – my main area of concern. I also want to comment more generally on today’s agreement between the SPD, Greens and LINKE. I will comment with facts and in political terms.

As one of the negotiators, I could still defend my positions, even though some of our leading figures described them as being “too extreme”. Unfortunately, I could not then bring them into the negotiation group, because other people in the group would have / could have / should have to negotiate.

Nonetheless, it is also important to me to report that many of my individual demands have been more or less firmly established, that I was able to introduce some projects close to my heart, and that these projects have actually survived.

But this is an insufficient evaluation of the whole picture and does not answer the question as to whether the coalition agreement has been written in left-wing handwriting. This is why I am attempting a full analysis of the current situation and asking some important questions.

Hard facts: All decisions for social, ecological and cooperative urban development policy now lie outside our potential party political influence. The senate administration for finance will go to the Greens, who will be responsible for real estate and access to state-owned housing companies!

The senate administration for urban development and housing will go to the SPD, and with Frau Giffey as mayor of Berlin, the senate office’s connection between the Rotes Rathaus (Berlin city hall) and the urban development authorities will be firmly under the control of the SPD and – tadaaa – be opened up to rounds of investors.

Frau Giffey says: “Berlin must be an international competitive city”.

Even more importantly: who has taken the SPD seriously here?!

True, the settlements in the coalition agreement in the area of urban development and housing are written in very clear handwriting (this could also be seen in the consultation paper with 1. building new houses, 2. housing alliances, 3. DWE)

The final agreed distribution of department cements this.

Building communal housing and regulating rents is no longer at the heart of the politics of providing accommodation. This is now based on construction a la “build, build, build” #bauenbauenbauen. And this will be realised above all by private companies, who will be allowed maximum legroom.

The SPD has prevailed, and wants to once more pursue their ideological programme of gentrification and eviction of poor people – class struggle from above in favour of a “new middle class” – just as they did in the 1990s and early 2000s.

We must remember: gentrification as a political battle cry has a real basis with the “Planwerk Innenstadt” [a 1999 masterplan to rebuild Berlin aimed at winning the support of private investors] and restructuring politics. In this period, this battle cry #gentrification became known through the rental battles in Mitte and Prenzlauer Berg, and with them we saw the emergence of a new Generation Rent Protest in Berlin. (To some, this may sound “exaggerated and somehow extreme”, but unfortunately it is historically documented and common knowledge, at least within the movement for fair rents!)

I ask again: who wants to hear this and has seriously entered into dialogue based on this knowledge, instead of dismissing it as grumbling and Gennburgish defeatism?

But isn’t the distribution of departments just one thing, and hasn’t the coalition agreement been negotiated so laboriously as a basis for working together ???!

Here I would like, as best I can, to offer my wealth of experience of the previous five years as the speaker for urban development and as part of the government coalition R2G [red-red-green or SPD-LINKE-Green].

I have not shied away from any conflict (abolish the marketing of the capital city, legalise squatting, open the Spreepark, abolish the agreements with Nestlé, SIGNA / Airbnb / Siemensstadt … and many more). I have from time to time argued with my own senator, and have never found common ground with her successor (which was no glorious story, but an open secret and an honest reflection of our political and professional differences!) [In August 2020, after Katrin Lompscher (die LINKE) was obliged to stand down as Berlin Senator for city development and housing, she was replaced by Sebastian Scheel (also die LINKE)]

Nevertheless, we always fought together against the blockade of the SPD, whether around the rent cap #mietendeckel or against development plans for #checkpointcharlie or rent control and cooperation agreements with the housing companies, or with #SIGNA or the tower block model.

In short: for five years, without controlling the department, the SPD has consistently stonewalled and arranged that we could NOT carry out decisions in the previous coalition agreement.

And, do I need to tell you? They will carry on doing the same, and this time they will also be in charge.

The housing mafia in construction above and below ground will celebrate!

My prognosis: this Giffey-gentrifies-all-of-Berlin-SPD will completely ignore all detailed decisions in the coalition agreement and will fill all decisive posts with leading ideologues of the Berlin real-estate-SPD.

We have lost politically (and if you know me, I never say that!)

I am actively campaigning during the members’ vote in our party for a NO! to the coalition agreement.

In the last few years, die LINKE in government could have decided much more uncompromisingly to rule rebelliously. Unfortunately. this train has left the station. with the appointment of the successor to [Andrej] Holm [advisor to housing senator Katrin Lompscher] and Katrin Lompscher [who was also forced out of office].

The new parliamentary leadership in die LINKE fraction in Berlin has followed this course of sucking up and not supporting any resistance from the fraction.

We can see the proof of this in the last confrontation about the amendment of the law to prohibit misappropriation [this law, in effect since May 2014, limits the misuse of empty houses by turning them into commercial space or holiday homes]. As a politician working in this area, I had to vote against the proposal of die LINKE senator. This was because the fraction leadership preferred to follow the legal opinion of the social democratic lawyers in the urban development department over the position which I developed with left-wing lawyers and tenants’ representatives for a truly hard ban on misappropriation. Our proposal would have been one of the most important laws to protect housing space at the state level. (You can read my statement on this here).

You can find many more examples which show that for a long time, die LINKE has not resolutely fought for a rebellious participation in government in this powerful department. My opposition to this policy has not been noticeably acknowledged – neither in the Senate, nor in the fraction!

Clearly we are not yet ready for a LINKE participation in government which includes the challenging contradictions which could orientate our own party towards the future.

This must change. Otherwise, we will be swept away at the next election.

We need a renewal within the party and a radical democratisation of the Berlin party if we are to realise the honest desire for a common politics.

“By the way, politics is what happens when everyone wants to be right”. 😉

I can only report my assessment of the bad situation, and in all clarity state why the rent election #mietenwahl has been buried and why “we give you the city back” #wirgebeneuchdiestadtzurück is now over. At the same time and very urgently I can say that our party Die LINKE now needs a socialist and anti-capitalist update.

The rebellion on the streets will not decrease and the world is out of joint. Compared to this audits and playing according to bogus rules is not an option for LINKE politics.

We urgently need a LINKE voice which can be heard, and we won’t have this if we are part of a social democratic and bourgeois government project where the left-wing potential for protest is curbed by power politics or – much worse – the movement is much more remote from us as LINKE, and – as already announced, will resolutely stand against us at the next elections.

I have repeatedly presented my compass for the assessment of the issue of urban development, housing and how we live, repeating this in my recent speech in parliament.

We have at least three referenda to defend, and if “build, build build” #bauenbauenbauen is the current strategy, then this is not our project.

At least the BZ was kind enough to put the agreement that must now be voted on online, so that we can all read it 😉

See also this report on rbb.

A Leap in the Dark: Italian elections before the hot winter. 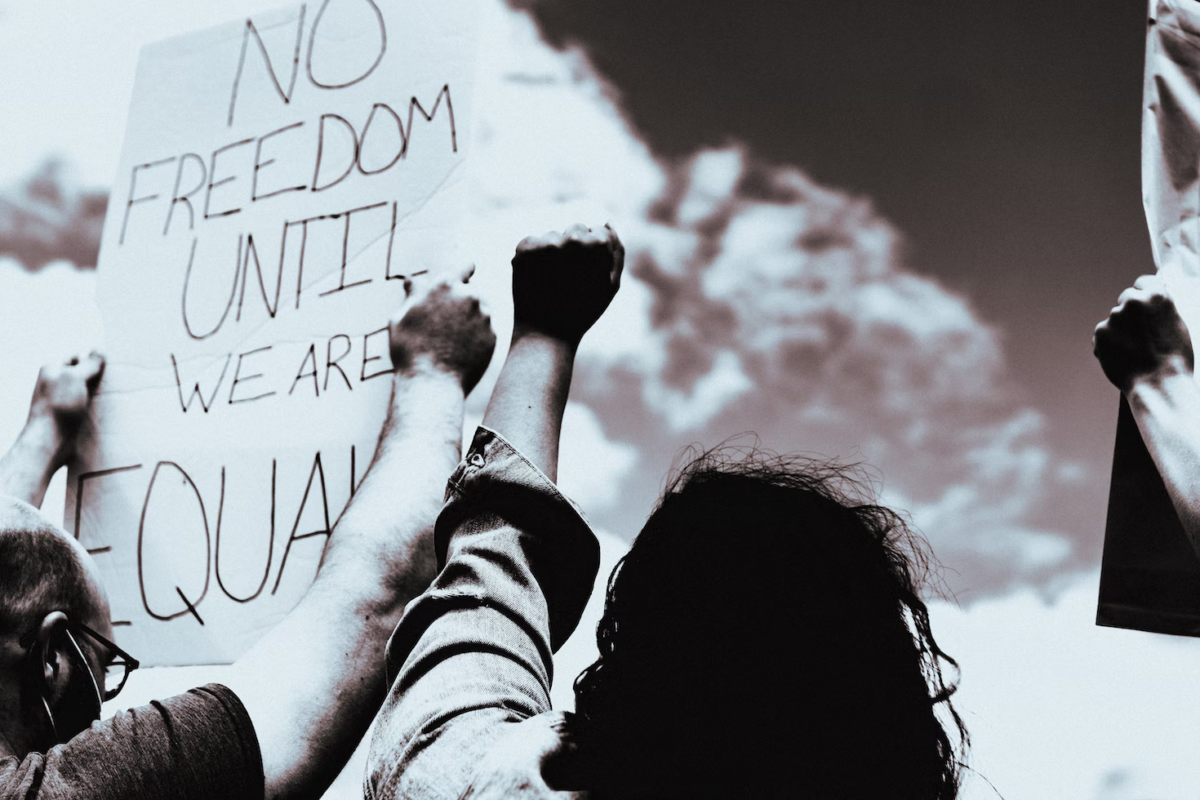 Everyone complains about cis white men, yet they are the ones who get to have a roof over their heads 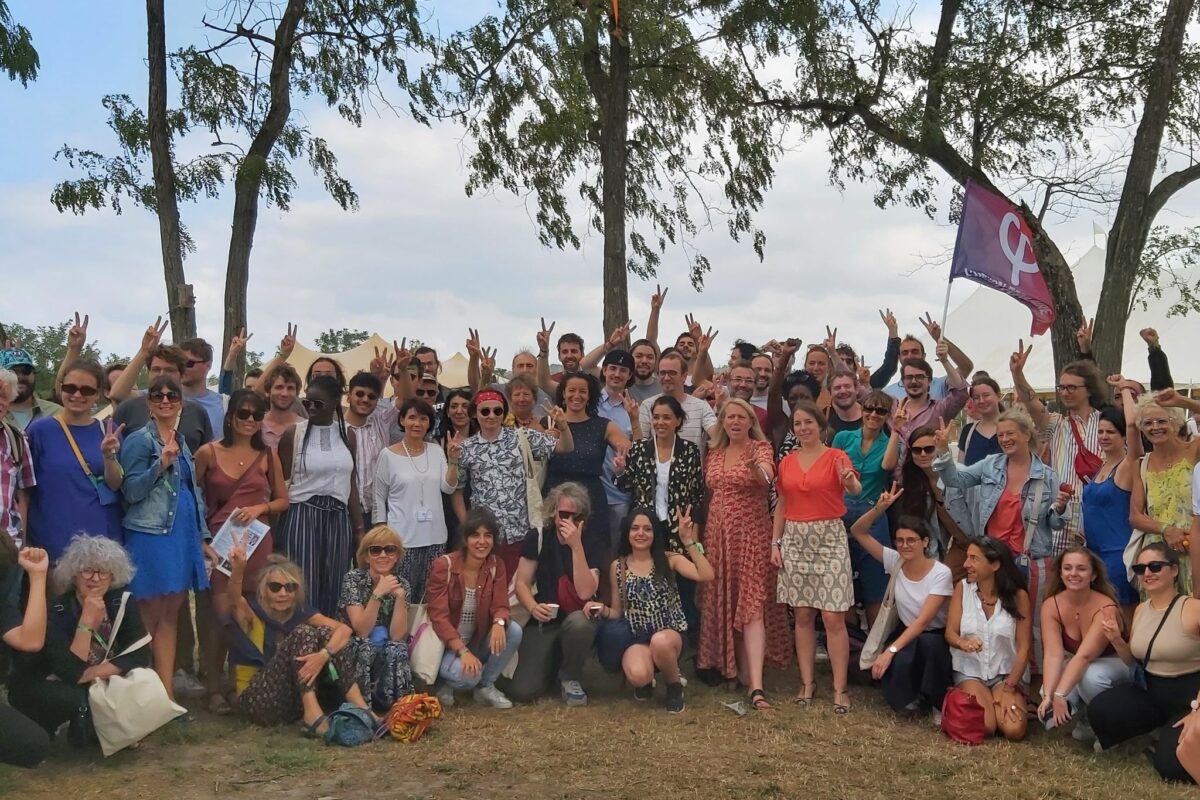