Germany is obsessed with the wrongdoings of individuals. Would the pandemic be over if more people took individual responsibility?

So a mum from Leo’s Kita recently told me a story about her sister who works in a test centre. One day, after a hard day at work, she went into Edeka on her way home. She saw someone there who had tested positive that very same day – and should have been in quarantine! She went to the branch manager and told him about it. The manager promptly made an announcement over the tannoy: “Can anyone who tested positive today please leave the store”. And five people left the building.

I don’t really believe this story, by the way. I’ve heard it often – sometimes it was in Lidl, sometimes in Aldi, one time it was even in Rewe. Each time exactly five people leave the supermarket after the manager’s announcement. I just don’t believe it. If I had broken quarantine because I needed to buy food, I wouldn’t go home without what I’d just bought. I’d have stood firm.

And me, personally, I would have been more worried about my leaving the store announcing my guilt to the whole neighbourhood, than just staying put and – should anyone ask me about it – claim that I must have a Doppelgänger who tested positive.

But you know what I do believe? I fully believe that there are people who are in quarantine, or even in isolation who break the rules, break the law, even. Because they need to get something to eat, man.

I still haven’t really understood what people in Germany are meant to do when they’re in quarantine but they need to eat? After all, the only thing seen as worse than popping to the shops in quarantine is the dreadful “hamstering”. People who hamster have no solidarity but breaking quarantine is illegal.

I keep on hearing German fantasies about friendly, helpful neighbours who bring grocery shopping round to grannies and single mums. Well, I don’t know about you guys, but this famous neighbour-quarantine-voluntary-delivery service agency hasn’t contacted me yet. (Bit of a shame really!) I live outside the city centre – there’s no Gorillas or Flink here. What should you do? What should I do? What are people meant to do, exactly?

I now know single mothers who may not have broken isolation, but have broken quarantine rules out of mix of necessity and desperation. And there are some people who have done even worse things than that: I, for example, have drunk tea with coconut milk. And yep, it tastes as bad as it sounds. I drank it all up and I hated myself.

In Germany, individual people are always failing. They travel too much, their kids have too many parties, they get vaccinated too soon like a selfish, vaccine-hungry helicopter mamas – or else not soon enough like the uneducated people from “certain” communities. “Do you know…”, people ask, “…what the problem is in this country? No sense of responsibility! This pandemic would have been over long ago if there had been a greater sense of responsibility!”

But those five people in that Edeka are like cigarette butts in an Agatha Christie novel – they’re just red herrings. Disapproving of them comforts us. The truth is, staying alive during a deadly pandemic is fucking hard. It’s difficult enough for people who have money, a steady partner, good mental health. And for those people who were struggling already, it’s almost impossible.

I’m writing this text standing up by the way –just like Goethe. My back hurts, yesterday I had to carry my youngest child through Aldi. He refused to move, so I carried him on my hip with one arm, and pushed the pushchair with the other, and he’s just too heavy for that kind of shit. After shopping, I sat with him on the floor and hugged him. He slowly calmed down, his breathing slowing down, his body getting heavier.

I gave him some chocolate and watched his cheeks get redder. An old lady, a granny, who’d already had a go at us in the supermarket bawled me out. She spat out: “A great way to reward him for bad behaviour!”

“I’m not rewarding him, actually” I answered. “I’m distracting him.”

We’re obsessed by the failures of individual people: holidaymakers, Party-People, quarantine breakers, and the greatest public enemies – Anti-Vaxxers. Look, I’m not saying that these people aren’t selfish. What I’m saying is that precisely because these people are selfish, because people ARE selfish, and because life in a pandemic is pretty fucking difficult, we need to build a system that allows us to behave with solidarity.

To be honest, I don’t believe that individual people in Germany should be shopping more for the grannies and grandpas and single mothers who live in their apartment buildings. If you do feel that you need to do this, then yeah, go ahead, be my guest, just do it. Von mir aus, as we say in German. But I personally feel everyone in Germany is pretty fucking exhausted.

I don’t feel that German people, that individuals living in Germany, the individuals who make up the German nation, are particularly irresponsible or lacking in solidarity. I believe that people in Germany find it hard to admit that life is difficult – and that some people’s lives are much harder than others. To be honest, I think Germans are in total denial about this.

The health insurance – or, as far as I’m concerned the social services – should send food to people in quarantine – above all, to old people and single parents, people like that, but really, let’s be honest, to everyone. More child benefit should be made available to people who voluntarily want their kids to leave the Kita until the pandemic is over. We should abolish the punitive compulsory school attendance laws. And there should be more (and not less!) free PCR tests. 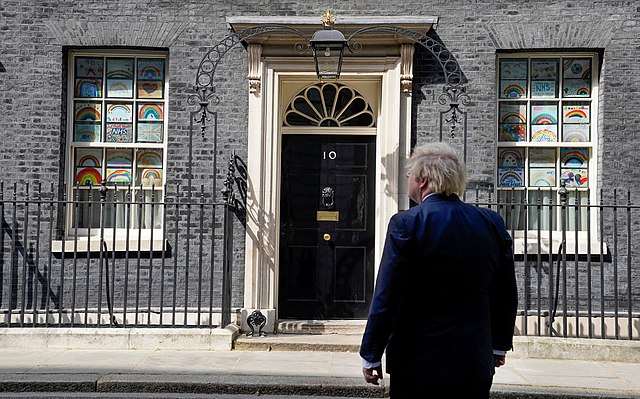