A Perspective of the current USA electoral process

At the best of times, leftists are divided about what to make of electoral politics. Opinions range from those who argue they will never result in meaningful change for the unprivileged members of society. Other argue that Leftists must engage in the democratic process.   As the USA elections are a brazen frenzy of money, […]

At the best of times, leftists are divided about what to make of electoral politics. Opinions range from those who argue they will never result in meaningful change for the unprivileged members of society. Other argue that Leftists must engage in the democratic process.
As the USA elections are a brazen frenzy of money, theatrics and posture – cynicism about USA elections on the left is palpable. But this election round seems even more bizarre than usual. After all, the incumbent is manifestly a liar whose impeachment was averted by a partisan Republican refusal to even consider the charges against him. Surely, such a scoundrel could not get re-elected…. or could he?
George Soros, the multi-billionaire financier who is no fool, thinks he might get re-elected. Especially with the influence over social media he exerts. Soros points out:

“Facebook helped Trump to get elected and I am afraid that it will do the same in 2020… there appears to be “an informal mutual assistance operation or agreement developing between Trump and Facebook” in which Facebook will help President Trump to get re-elected and Mr. Trump will, in turn, defend Facebook against attacks from regulators and the media.” [1] And his Democratic opponents are in an internal dog-fight, while some economists and Trump himself – tout the USA economy as ‘rosy’. It seems that the Great Liar Trump might have a decent shot.

We consider 3 questions: (1) How rosy in fact, is the position of ordinary people under Trump’s economics? (2) Why are the Democratic Party and Republican Party at such logger-heads? (3) Should the USA progressives and workers support the Democratic Party?
(1) How ‘rosy’ is the position of ordinary people under Trump’s economics?
At the January 21, 2020 meeting at Davosof world leaders and plutocrats, President Trumpsaid: “Since my election we’ve created 2.4 million jobs and that number is going up very, very substantially. Small business optimism is at an all-time high. New unemployment claims are near the lowest we’ve seen in almost half a century. African-American unemployment reached the lowest rate ever recorded in the United States and so has unemployment among Hispanic-Americans.” [2]
This has been refuted by many, including the Nobel Prize winner Joseph Stiglitzwho distributed a fact-sheet in the audience after Trump’s speech. [3] Here we will make only two points: Firstly, Figure 1 below, shows real wages have been going down under Trump (notnominal wages which are notadjusted for changes in the cost of living). [4]
The second point to make is shown in Figure 2. This is that under Trump, despite his huge bonuses to company directors and the top 1%, his tax cuts have definitely not turned the USA economy around. Below is a figure that shows the Real GDP Growth rate has been less than 3 %. Recall that Trump had boasted on December 16 2017, that: “The economy now has hit 3 percent. Nobody thought we’d be anywhere close. I think we can go to 4, 5, and maybe even 6 percent.” [5]
The Trumpian spin on the USA economy, and the actual effects on the ordinary worker in the USA, is best summarised by the commentator Sonali Kolhatkarfor ‘Truthdig”: “When compared to actual facts, Trump’s rhetoric on the American economy exists in the realm of fantasy.
The official unemployment rate in the U.S. is indeed at a record low of 3.5%, according to the latest jobs report.That number suggests that only 3.5% of all Americans capable of working are currently unemployed and that more than 96% have jobs. But digging into the numbers offers a much different picture… the 3.5% unemployment figure is misleading; only about half of all employable Americans are working full time, 10% are working part time, 2.1% are actively seeking work but are unemployed, and 1.8% are not seeking work but want a job. A whopping 35% are out of the job market and not actively seeking work.
The situation is worse for people of color, whom Trump likes to claim have benefited greatly under his presidency. Black Americans are far more likely than whites to be “underemployed”— a term for those who work part-time but are seeking full-time jobs.
Additionally, the racial wealth gap in the U.S. remains strikingly high. According to a recent study,“The median black household holds just 10% of the wealth of median white household, and while blacks constitute 13% of America’s population, they hold less than 3% of its wealth.” [6]
So – there is a deep reservoir of unhappiness about the Trump era in the population – notwithstanding the Trump ‘populist base’. But can this be turned into an electoral wave against him? First we should understand whether there are real differences between the two major parties.
2) The Republican Party versus the Democratic Party – a real fight or a myth?
It is indisputable that both major parties in the USA have overseen a steady rise of power and wealth into the hands of the wealthiest top 1% of the USA. Thus surely it should be acceptable to state, that they both represent the ruling class of the USA? And yet, they are clearly in a no-holds bar struggle against each other.
What explains this? There material differences between them in the segments of the ruling class their policies support. The main big company supporters of the Republican Party are in the small manufacturing, and oil and gas sectors. The main big company supporters of the Democratic Party have been the financial speculators and big banking sectors.
Trump was propelled into power by such power-brokers as the Koch Brothers. [7] Their conglomerate likes to stay in the shade, but they have coordinated a huge ultra-rightist movement in the USA, targeting any ‘regulation’:

“Koch Industries is one of the largest private corporations in the world with vast interests in fossil fuels, pipelines, chemicals, paper products, commodities trading and, most recently, a Wall Street-esque investment group, Koch Equity Development, that in November invested $650 million alongside Meredith Corporation to help it acquire Time Inc., publisher of iconic magazines like Time, Fortune and Sports Illustrated. Charles Koch is the Chairman and CEO of Koch Industries. Together with his brother David, they are majority owners of the company they inherited from their father which has grown to estimated annual revenues of $100 billion. Each brother’s net worth is listed by Forbes as $51 billion. Their vast wealth has been used for decades to fund a dizzying maze of interconnected nonprofit groups pushing an anti-regulatory agenda in Washington, leading to the sobriquet, the Kochtopus.” [8]

To attract this segment of big firms, Trump promised and delivered a crass pro-energy industry and pro-manufacturing industrial base. In addition Trump has fought the ‘off-share’ movement, whereby USA industries over 20 years moved from their USA to base manufacturing in overseas countries to take advantages of lower pay and rights for workers.
This explains his attack on trade agreements. As Gillian Tett, USA Managing Editor of the Financial Times put it “instead of celebrating “free” trade, American executives are calling for “fair” trade, along with “reciprocity” and “equalisation” of trade deals. This is a euphemism for better terms for US companies.“ [9]
In contrast the main company sector support for the Democratic party has been the financial and banking industries. This was vividly shown by Democratic President Obama’sbailout to industry and banks during the great recession and crash of 2008. As he himself put it bluntly, he was the saviour of the major banks:

“Summoning the chief executive officers of the major banks to the White House in the spring of 2009, Obama told them, “My administration is the only thing between you and the pitchforks.” [10]

And the main donors to the failed electoral bid of Hilary Clintonwere from the financial sectors: “According to the Center for Responsive Politics, Citigroup ranks as one of the top five donors to Hillary Clinton over the course of her career in public office. J.P.Morgan Chase and Goldman Sachs also register in the top five. (The monies come from employees and/or family members or PACs of the firms, not the corporation itself.)
Citigroup has also paid the Clintons massive sums in speaking fees over the years and provided a $1.995 million mortgage to allow the Clintons to buy their Washington, D.C. residence at the end of Bill Clinton’s presidency – a time when Hillary Clinton says the couple was “dead broke.” Citigroup has also committed $5.5 million to the Clinton Global Initiative, a controversial charity run by the Clintons.” [11]
(3) Should Progressives support the Democratic party in this election?
What does this rivalry between the leaders of the Republicans and the Democrats, mean for the average worker in the USA? It seems both major parties support the big companies – just different ones. Does this affect working people? You bet it does.Since Trump became President, he has flamed out an explosive contempt for working peoples of America – especially African-Americans, and the peoples of the world.
Trump’s contempt takes the form of open racism against African-Americans and Hispanics; a fierce defence of the ruling class enrichment at the expense of workers as expressed in his tax cuts; reactionary attacks upon women, immigrants, education, the legal system, and the environment; and all this is combined with recent conservative dominated Supreme Court legal rulings to attack workers, immigrants and democratic voting rights.
But clearly, the Democratic Party has forfeited several areas of support. In one major example, Obama flouted the mandate he had been given. The perception of the “perfect Obama” is contradicted by black voter turnout in 2016, which declined for the first time in 20 years, falling to 60 percent from 67 percent in 2012.
Other indicators that the Democratic Party is becoming “seen through” are direct questions about the Obama period:“In 2009, 71 percent of African-Americans thought Mr. Obama’s election was “one of the most important advances for blacks.” By the summer of 2016, that number had dropped to 51 percent. In 2012, only 20 percent of African-Americans believed that the country was “headed in the wrong direction,” but by 2016 that number had risen to 48 percent”. [12]
An electoral victory of the Democratic Party will not lead to a socialist USA. Yet the ability of the progressive movements to organise themselves will clearly improve; and likely open racist attacks on African-Americas and Latinos would decrease. I believe it would be foolish of socialists to dismiss the small benefits of the electoral victory of the Democratic Party. But, socialists shouldbe organising a broad left party for much more wide-sweeping changes, than the Democratic party has been capable of to date.
The question of whether any of its current contenders can participate in that broader agenda is still to be answered. For many socialists, hopes are pinned on Bernie Sandersas articulated by Daniel Denvir. [13] The largest grouping in the USA of leftists, or socialists are the Democratic Socialists of America (DSA), who are firmly behind Sanders. [14] But I believe such enthusiasm must be tempered.
Firstly Bernie Sanders’s history has long been one of vacillation. A quick example is his 1972 support for George Wallacethe racist Southern Democrat. [15] Secondly, it is far from clear that the hierarchy of the Democratic Party will enable a radically different path from within its confines. It is notable that even the DSA states: “But we also know that neoliberal Democratic Party elites offer a tepid vision of “inclusiveness” that refuses to challenge the oligarchic nature of U.S. society.“ [16]
Thirdly the entry of even more money into the elections as represented by Bloomberg, changes the equations somewhat. [17]
All bets are off right now. But progressives in the USA need to make their voices heard – ‘Down with Trump’; and ‘For socialist change’. But they had better organise a left party not beholden to the hierarchy of the Democratic Party.
Hari Kumar 22 February 2020
Footnotes 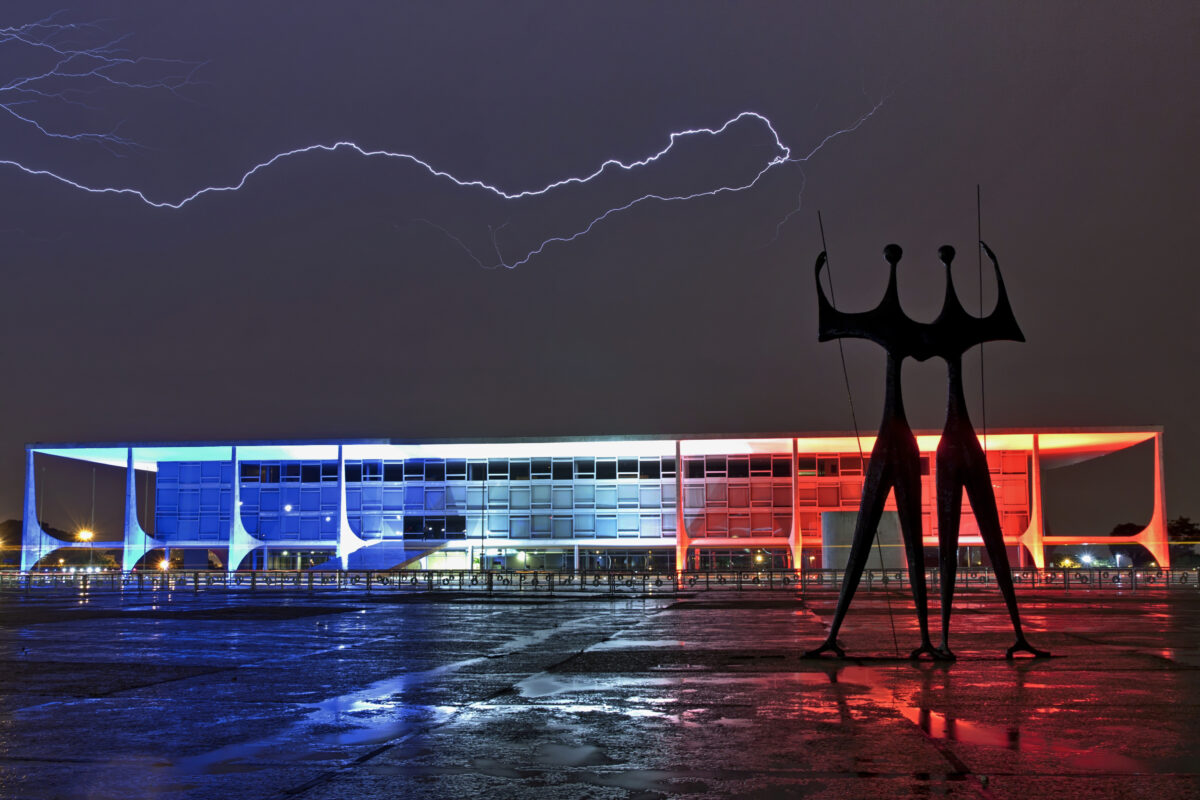