Why are Abortion Rights under Attack in Brazil?

Speech from the meeting The Conspiracy Against Choice: Why abortion rights are under attack in Poland, Brazil and the USA, 2 December 2020

I would like to thank you all for the invitation, as well as Kristina, who puts me in contact with LINKE Internationals group in Berlin. It is always great to have the opportunity to connect and change ideas with people, activists and politics from other countries who are dealing with similar struggles, although in different countries and contexts.

Since this talk will be in English, I prepared something written. I hope it won’t be boring and I will be very happy to answer questions and doubts at the end of the presentation.

My name is Debora Thome, I am an associated researcher at LabGen-UFF, a gender center of studies, in Brazil.

Just to talk a little bit about my work. I started what I call my institutional life in feminism fighting for abortion rights in Brazil. I was a journalist. A friend, a former professor and an important activist in Brazil for abortion rights – was organizing a group to do advocacy pro-reproductive rights. She contacted me and invited me to integrate this group. Although the subject is hard, it was a great and funny group composed by feminists in their 70s. Most of them were 70 years old or around it and we together met with Supreme Court judges and some congressmen and women to try to pressure for abortion rights in Brazil.

It was the beginning of 2015, and a lot has happened since them. In my professional life, I decided to start a PhD in Political Science and I started also to train women candidates. The almost total absence of women in politics in Brazil was the main subject of my thesis. However, I never left the agenda of reproductive rights, women rights and my great old ladies feminist group. I will talk a little bit more about their work during this talk.

This was just to give some background.

Far away from the stereotype of women in bikinis, Brazil is a very sexist, misogynist, and religious country. It is the country with the highest number of Catholics (although our Catholicism can be not so intense). In this sense, it is important to mention this number is changing in the last few years with a rise of evangelicals from neo-Pentecostal churches. This new group of religious people are, many times, even more conservative in terms of preferences, and they also have the antiabortion agenda as one of their main discourses.

Talking about violence against women, Brazil has high rates of homicide, feminicides. Every two hours, a woman is murdered in the country usually from someone she knows. It means everyday 12 women and girls are victims of homicide in Brazil usually by their relatives, partners, ex-boyfriends. Just to complete this quick scenario, in 2018, following a wave of conservatism and political disillusion, Brazilians elected a far-right president and lots of far-right deputies. Nowadays, this far-right party is the second largest in number of seats in Congress.

Considering specifically the reproductive rights, abortion is allowed in three cases here in Brazil. Two of them have been allowed since 1940 (it means 80 years now). In the first case, the law guarantees the right of abortion when the woman was the victim of some violence – it means, rape. The second case permitting abortion is when the pregnancy signifies some threaten for the mother’s life. The third case was just allowed in 2012, and it refers to cases of anencephaly, when medicine cannot, in any situation, guarantee the life of this fetus.

In this third case, it is not a law, but a ‘guarantee’ based on a decision of the Supreme Court. As you can notice, the first two exceptions were decided almost a century ago, so why are feminists not given any new opportunity to have the right for a 12 weeks abortion? If you look from outside, this question seems reasonable. However, as we say in Portuguese, we are most of the time “drying the ice”. It means, our efforts in all these years were mostly to maintain things the way they are, avoiding the complete prohibition.

A recent study was written by three public health servants, using numbers from the public health system. The available data (as you know it is difficult to have good data for illegal abortion) between 2008 and 2015, shows there were about 200,000 hospitalizations per year because of abortion-related procedures. Since abortion is forbidden in Brazil, many people try to do it at home. It means many of these poor women are using knitting needle, natural beverage, or hangers to do the abortion themselves. Of this total of 200 thousand hospitalizations, less than 1 per cent – it numbers 1,600 – were for medical and legal reasons. From 2006 to 2015, there were 770 maternal deaths caused by abortion related problems. This number could increase 29% if you consider other possible deaths related with the usual abortion consequences.

We also have to remember women cannot say they had an abortion when they go to the hospital, because it is a crime and they can be arrested. Although official health data do not allow to estimate the number of abortions in Brazil, they do establish the profile of women at higher risk for death from abortion: black and indigenous women, with low educational levels, under 14 and over 40 years old, living in the North, Northeast and Central regions, without a partner.

According to a report from ‘Genero e Numero‘, a Brazilian feminist news media, from 1949 to 2019 (70 years) 275 bills were presented mentioning the word abortion at the Congress. Most of the bills that were pro-abortion were presented in two decades – 1990s and 2000. The initiatives that were biased against abortion (meaning increasing punishment and prohibiting legalized abortion), have been increasing, from 6% of the total in the 90s to 44% in the 2010s. We have to consider that, since 2019 we faced an increase of the bills that try to guarantee, the right of life since conception, and try to writte that in the Constitution. It is a way to prohibit any abortion. If any of them pass, Brazil would be the worst case in reproductive rights in Latin America, just as bad as El Salvador. Uruguay, Argentina and Mexico – are all examples of places where the abortion laws are becoming more permissive in the last few years.

Over seven decades, the PT – worker party – was the fifth party to present the largest number of bills against abortion: there were six, the same amount as the PSL (of President Jair Bolsonaro).

In 2002, the center-left, represented by the workers party won the election. Many of the feminists from the second wave were founders of the party. Many of them were participants of the 14 years government of the central left in Brazil. Yet, during these years, although other feminist agendas found space to increase, it was not the case with the abortion rights. Some scholars argue it is causally related to the fact that not just feminists were founders of the ‘Worker’s Party’, but also a giant group coming from the church, belonging to the liberation theology tradition. Considering this sexist country, with a huge space for Catholicism and conservatism, the abortion agenda was never an easy issue or a non-complex subject. So, even if we had 14 years to work on the improvement for reproductive rights, it didn’t seem to be a political preference from the party ruling the country.

It is worth noting that Brazil is also one of the countries with the lowest scores in women’s representation according to the ‘Inter Parliamentary Union’. It is the 133 among 197 countries. In this case, we have also to consider men are 80 per cent of the authors of the bills related to abortion rights. This an anachronism that horrified me, I have to confess. It is a shock each time I realize male deputies are the ones who decide about women’s bodies, women’s lives, and women’s futures.

So, backing into the old feminist ladies’ group pro-abortion rights who could not increase their agenda during Lula’s time… In the midst of a crisis, in 2015, the beginning of the second term of Dilma Rousseff, our first female president, this group of 10 women decided to arrive in Brasilia with a schedule of 15 meetings in 2 days. At that time, with a very conservative legislative, we considered the only space to improve abortion rights was to try our chances directly with the Supreme Court. Our work in Brasilia was the beginning of an attempt that some years later would be a way to guarantee an habeas corpus for a woman arrested for abortion.

At that time, we were counting on a support from public opinion, because few months earlier there were a famous case of a woman who died after making an illegal abortion in Rio de Janeiro. About this case, a small story. We, as group for pro-abortion rights, decided to send some flowers to the funeral. Yet, the family, when we arrived there rejected all of our condolences. Since they are evangelical, although the woman, her name was Jandira, was dead, their family considered this was the punishment she deserves.

We should have paid more attention to this event because it seems to be the rationale for the beliefs of many Brazilians right now.

Four years later and Jair Bolsonaro, a very conservative, far-right president, with an extensive right-wing agenda (anti-abortion rights, very misogynist, anti any LGBTQ+ agenda) was elected, with the strong support of the Catholics and evangelicals. This, again, put the feminists back to the role to watch out for a backlash.

It means: our work right now is to protect the laws and the rights we already have.

This year, during the pandemic, one of the cases, mentioned in the description of this talk, was symbolic. A 10-year-old girl, in an extremely poor family, was pregnant, after being raped by her uncle for 2 years. In her case, abortion was not just guaranteed by law since 1940, but also a question of survival, considering her age. Even in this context, the national secretary of women and human rights decided to use all her possibilities and power to forbid the abortion. First, the local hospital denied the possibility, then she made her functionaries to offer money to the family to not have an abortion. In the end, the girl had to travel, during the pandemic, to another state, 2 hours by plane, to have her and the family’s rights guaranteed. In the middle of this, feminists were working in many states in the country trying to guarantee that she could have the abortion. It was 4 days of calls, petitions, communication, advocacy. It worked.

The secretary, personally, tried to interfere in the process. Just to clarify how difficult the situation is now in Brazil.

Also, during the pandemic, a new rule increases the siege against abortion in Brazil. This law starts to compel health professionals to notify the police when they assist patients who want to do an abortion due to rape. This document also says doctors must inform the woman of the possibility of seeing the fetus on ultrasound – something that some experts consider this to be a way to demote the patient. The text also requires patients to sign a consent form with a list of possible complications of abortion.

Now, it is time to just dry the ice.

Palestinians reach out to gender equality and LGBTIQ+ activist groups

Bans Off Our Bodies Berlin 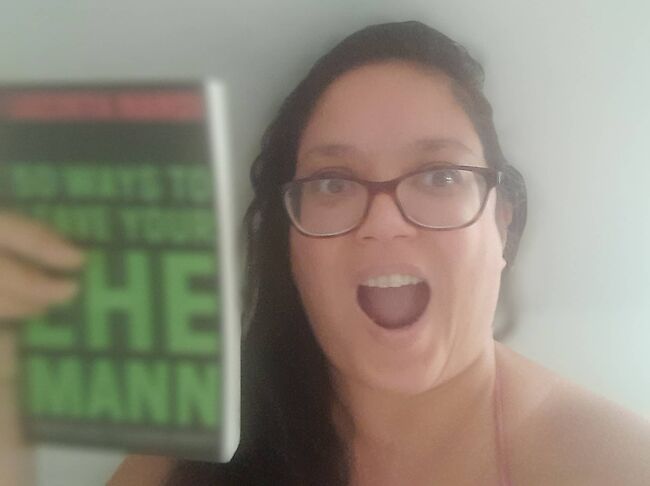 “Romantic relationships are a lifestyle choice”