Where now for the French strike movement ?

After the Seventh national day of action, what happens now?

After more than a month of severe disruption, trains and metros were running again in France this week, but the movement is far from over, and an unprecedented number of insurgent grassroots initiatives have erupted. A seventh national day of action Friday 24th, with demonstrations in 350 towns, is, once again, huge. Where can the strikes go now?

Train and metro workers mostly voted to suspend their indefinite strike earlier this week, after over a month, although they are massively involved in today’s day of action. ‘It’s not a movement which is exhausted, it’s just getting its second wind. I’ve never seen anger like this,’ said one metro striker this week.

The movement did not succeed in spreading massively and becoming a general national strike. This possibility was very much hindered by trade union leaders of the various confederations. Leaders of the CFDT called off the movement after a few concessions by the government. Philippe Martinez, leader of the far more combative CGT, although he called for a generalisation of the strike, continued to attend negotiations with the government and has agreed to take part in a grand and ‘urgent’ ‘Conference on the Financing of Retirement Pensions’ called with much fanfare by Macron, which is to report back in April. This conference is a disgusting propaganda trick. Its aim is to make the public think that retirement pension financing is in crisis (it isn’t) and so to make slashing pensions look inevitable. The plan is to get trade union leaders together, give them strict instructions not to suggest that employers pay more into their workers’ retirement schemes, and then ‘listen to’ any other suggestions they might have.

Sadly, despite the tremendously dynamic involvement of rank and file strikers in the movement, the national union leaders maintain essential influence and radical networks have not  the kind of legitimacy which would allow them to organize a real general strike over the heads of the leaders.

A rapidly spreading general strike was the best way to guarantee victory for our side, and with 61% of the population in general opposed to Macron’s reform (far higher numbers among the working class) this was a realistic proposal. Now that financial hardship has led transport strikers to suspend their indefinite action and limit themselves to the weekly days of action, it will be harder to win. But the fight is far from over as this unprecedented movement continues to find new ways of scaring Macron’s elite.

Oil refineries have been on strike or blockaded this week. Dockers called a three-day strike and blockaded ports in Lorient, Marseilles and Ajaccio. In Le Havre in the North, strikers occupied the Port Administration H Q, while the biggest hydroelectric plant in the country, in the East, (1600 MW) was closed down. All six of the huge incinerators which burn refuse from the Paris region are being shut down by strikers this weekend.

Teachers, city refuse workers and employees at the Bank of France are on strike. In a welcome involvement of private sector, hypermarket workers from Carrefour struck for half a day on Tuesday, while retail workers held their own demonstration in Paris on Wednesday.

Energy unionists have been showing their power by deciding who should have electricity and who should not. Visiting ministers have found their meetings plunged into darkness while thousands of poor people whose houses had been put on strictly limited power because they were in debt have been given back full access in the South West of the country. When the police arrested one power worker on a demonstration Bordeaux, they suddenly found that all electricity had been cut off to the police station!

Ministers can hardly move without being harassed by protesters. Macron had to scuttle out of a Parisian theatre last week when activists discovered where he was. Strikers and supporters, sometimes organized into city-wide strike committees bringing together many different professions, have been behind innumerable grassroots initiatives, set into motion without asking the opinion of the professional negotiators who lead the trade unions.

Dozens of towns have had nighttime torchlight processions. In Lille the procession was banned by the police chief, but went ahead anyway. My town of 100 000 inhabitants, Montreuil, just outside Paris, had a local feeder march to last week’s Paris demonstration. Two days later the high school students set up a torchlight demonstration, and hundreds of us were singing and chanting anti Macron and anti capitalist slogans. ‘Even in 1968, I never saw this,’ said one local veteran activist.

Concerts to raise money for strikers’ hardship funds are common. Bus and tram depots were blockaded, the Louvre museum was closed down by protestors, as was the National Library on Thursday. Main roads were blocked in the town of Rouen in Normandy. In Bayonne in the South, the train lines were blocked; elsewhere town council meetings have been occupied, and many city mayors who support Macron have not dared organize their New Year ceremonies, traditionally held in mid January. One who tried found dozens of strikers turned up and scoffed the petit fours !

Some left-wing town councils have voted to give money to help strikers in financial hardship, and strike funds have collected several million euros from the public (although of course this makes up only a tiny proportion of lost wages).

Self-employed lawyers, generally rather well-paid, but set to lose a lot if the pensions attack goes through, have joined the revolt. The vast majority of court lawyers are on strike, and cases are now routinely cancelled. The National Bar Council, which represents some 70 000 lawyers, has refused to meet with the Minister of Justice and say they will only negotiate with the Prime Minister. A group of lawyers brought banners to a major rugby match in Toulouse to help get their message across. Others protested two weeks ago by throwing  their robes on the floor in front of a visiting minister, and the symbolism has caught on. Health workers have been symbolically discarding their uniforms, and teachers have been dumping mountains of briefcases and text books in front of regional education headquarters. One such headquarters was bricked up last week, and a regional police HQ was barricaded by farmers with bales of hay.

Now exam season is over, universities are heating up. A national coordinating meeting was held on 18th January, with delegates from 30 universities, and there will be a weekend meeting on the 1st February, which aims at having far more institutions present. The University of Tours was blockaded, as was Nancy, and Paris Tolbiac and Nanterre are on strike, among others. Mass meetings in these universities debated the situation and planned future action. Other universities are slowly moving into action. Even a whole network of academic journal editors (this is generally an unpaid job) are meeting today to discuss what action they can take. Dozens of high schools are mobilized too.

All of these events keep the eyes of the public on the hatred for Macron’s attacks.

A choice of society

Media lies claim the strikers are defending ‘privileges’. On the contrary, it is a tremendous example of class consciousness. Since Macron’s concessions in mid-December, the main victims of the attack on pensions would be those born after 1975, since the new calculation method will only apply to them. TV commentators cannot understand why hundreds of thousands of over 45s continue to join strikes and demonstrations. It is because people are thinking of their younger colleagues, of their children, nieces and nephews, of their class. As left wing MP Jean-Luc Mélenchon said at a mass meeting in Amiens last week: ‘This struggle is about what kind of society we want to live in, whether it’s every one for themselves, or whether it’s about everyone together’.

Macron’s response is threefold. Firstly, propaganda initiatives like the Retirement Financing Conference; secondly, waiting for the strikers to tire; and, finally, vicious police violence. Police thugs know they will be covered by their superiors and so give free rein to their thuggery. Horrific videos circulate every few days showing extreme violence, using clubs, rubber bullets aimed illegally at people’s heads, and so on. Some show protesters lying on the ground with blood streaming, while police continue to beat them.

The bill is being discussed in cabinet today, and the day of strikes will again show the anger – hundreds of schools will be closed and public transport and services will be hit. The latest poll figures, yesterday, show that 70% of the population think the movement will continue, while the conservative magazine, Le Point, published a report Thursday saying that 80% of people retiring would lose money if the bill becomes law! An eighth national day of action has just been called by four of the biggest national union confederations and four student and high school unions for January 29th.

A second wind in the private sector and among young people could yet bring us victory. But Macron knows that if he loses this one, his whole plan for full spectrum Thatcherism will suffer a hefty blow, and the bosses are still behind him despite billions of euros of lost economic activity this last month. The struggle will be a long one, and will impact the local elections due in March. We need the insurgent spirit of this movement to continue to develop. 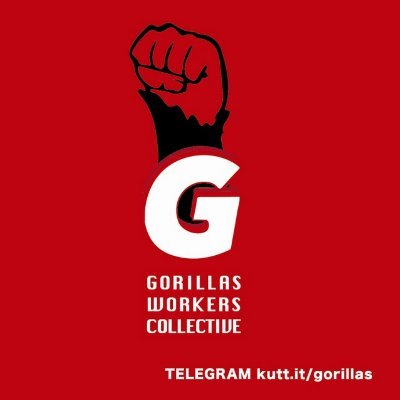