What are the demands?

The GEW (Gewerkschaft Erziehung und Wissenschaft, Education and Science Workers‘ Union) is demanding a pay rise of 5% for public sector employees, with a minimum increase of at least 150EUR a month, as well as an increase of 100EUR for trainees and interns. As the GEW points out, this just about covers the current rate of inflation and is an extremely moderate demand. The TdL have so far rejected these demands as ‘unrealistic’ given the impact of the pandemic on public finances. Ver.di (Vereinte Dienstleistungsgewerkschaft, United Services Trade Union) is also demanding a 300EUR monthly increase for healthcare workers and the reinstitution of previous guaranteed employment contracts for trainees.

As Anne Albers, head of the division of wage policy at the Berlin GEW, puts it:

“Appreciation for the important work of educators, teachers and social workers is also reflected in pay.”

In a message to parents, who are especially hard hit by the strike, the GEW said:

“We are aware that daycare and school closures are an enormous burden for families. Unfortunately, the uncompromising attitude of the finance ministers so far makes our warning strikes necessary. We are fighting for good working and income conditions and consequently also better educational conditions. We ask for your understanding and support.”

Educators are undervalued, facilities are understaffed

My daughter started KiTa (childcare facility) in August this year. Having a child has made me understand how incredibly exhausting the work of childcare is, and therefore appreciate the educators that look after my daughter. Recent closures due to corona outbreaks and strikes have made me realise the importance of having childcare. In Berlin, all children are entitled to at least seven hours of free childcare a day from the age of one. This is a huge deal.

Free childcare allows both parents, and especially women to go back to work without worrying if they can afford to do so.

In London, for example, families spend around 1000 GBP a month on childcare, and the high cost of childcare is pushing many families, and especially women, into poverty. In Berlin around 45% of children under three are in childcare facilities. KiTas in Berlin are, however, chronically understaffed and undervalued. A recent study found that there is only one educator for every five children under three. The poor working conditions and societal recognition of this profession has meant that there will be an estimated shortage of 230,000 qualified educators nationwide by 2030.

Teachers, educators, healthcare and social workers and others deemed ‘essential’ during lockdown should not be made to pay for the economic cost of the pandemic.

As we have seen time and time again in the last two years, their work is vital and they deserve better wages and working conditions, not just applause!

The GEW warning strike will meet on the 24.11 at 10 am on Friedrichstraße between S-Bahnhof Friedrichstraße and Weidendammer Brücke, ending with a rally at Invalidenpark at 11 am.

Ver.di’s warning strike will meet on the 25.11 on Straße des 17. Juni between S-Bahnhof Tiergarten and Charlottenburger Tor at 8.45 and marching to Brandenburger Tor. 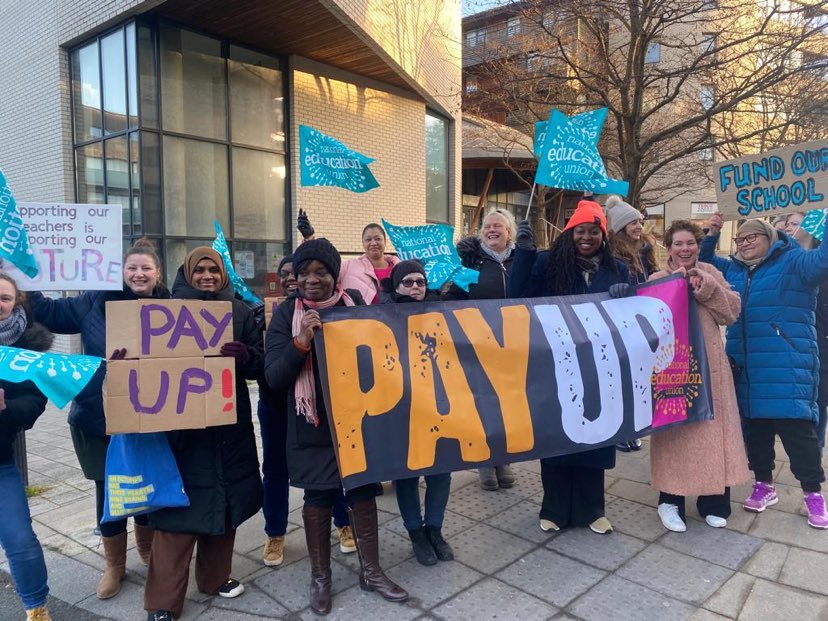