The late actor’s grandparents and father were socialists who went to prison for opposing rent rises. Her aunts were Communists and campaigners for abortion rights

Angela Lansbury, much-loved star of stage and screen, has died aged 96. Among the many obituaries, few give more than a passing mention to her socialist family heritage but that heritage casts a light on a fascinating period of British socialist history when Labour politicians defied the law to fight inequality.

Angela’s grandfather was George Lansbury, a socialist, anti-war campaigner and supporter of women’s suffrage who led the Labour Party from 1932 to 1935. Lansbury lived in the East End and during the Dockers’ Strike of 1889 he joined a strike support committee through which he met members of the Social Democratic Federation, which he joined in 1892. In 1903, Lansbury left the Marxist SDF and joined the Independent Labour Party which was more aligned to his Christian socialism. He was elected to parliament in 1910 representing Bow and Bromley. He resigned his seat in 1912 to campaign for women’s suffrage and was briefly imprisoned after publicly supporting suffragettes’ illegal actions.

In 1912, Lansbury helped to establish the Daily Herald newspaper, and became its editor. Throughout the First World War, the paper maintained a strongly pacifist stance, and supported the October 1917 Russian Revolution. These positions contributed to Lansbury’s failure to be elected to Parliament in 1918. He devoted himself to local politics in his home borough of Poplar and was elected Mayor.

He defied the law and went to prison with 30 Poplar councillors for his part in the Poplar Rates Rebellion of 1921 when the council refused to set rates which entrenched inequality between rich and poor London boroughs. The councillors were arrested on the 1 September despite mass support on the streets. Three weeks later, councillor Nellie Cressall who was six months pregnant was released. The others were released on 12 October when other councils threatened to follow their example.

Lansbury was returned to Parliament in 1922 and served as First Commissioner of Works in the Labour government of 1929–31. After the political and economic crisis of August 1931, Lansbury did not follow his leader, Ramsay MacDonald, into the National Government, and remained with the Labour Party becoming leader. His pacifism and his opposition to rearmament in the face of rising European fascism put him at odds with his party, and when his position was rejected at the 1935 Labour Party conference, he resigned the leadership.

George and his wife, Elizabeth Brine, known as Bessie, had 12 children, of whom 10 survived to adulthood. Angela Lansbury’s father, Edgar Lansbury, grew up in Poplar, and became a timber merchant. Lansbury was elected to Poplar Council in 1912, serving alongside his father. He represented both the Labour Party and after its foundation in 1920 the Communist Party of Great Britain (CPGB). He also supported Sylvia Pankhurst’s East London Federation of Suffragettes, serving as Honorary Treasurer in 1915.

In 1921 Edgar was imprisoned with his father as a Poplar Councillor. Another jailed councillor was Edgar’s first wife Minnie Lansbury. Minnie Glassman was born in Stepney in 1889, one of seven children in a Jewish family. She became a teacher and was an active member of the teacher’s trade union and a campaigner for equal pay for women. She was also an active suffragette, joining the central committee of the East London Federation of Suffragettes In 1921 Minnie was one of five women imprisoned for their role in the rates rebellion. Minnie contracted pneumonia while in jail and died on 1st January 1922, aged 32. Thousands of people lined the streets on the day of her funeral.

Angela’s youngest aunt, Violet Lansbury… was a journalist for the Communist Daily Worker with her own column, “Violet Lansbury’s weekly chat”. After the Second World War she became a noted translator from the Russian of a wide range of fiction and non-fiction books.

In 1924 Edgar Lansbury was elected as a member of the CPGB’s Central Committee. From 1924 to 1925 he served as Mayor of Poplar, the country’s second Communist mayor after Joe Vaughan. Following Minnie’s death, Edgar Lansbury married actress Moyna Macgill and the two moved to Regent’s Park. He left the Council in 1925, the same year that his first child, the future actress, Angela Lansbury, was born. Twin sons, Bruce and Edgar Jr., later became prominent film and TV producers.

In 1927 Lansbury’s timber firm was declared bankrupt. In 1934 Lansbury wrote George Lansbury, My Father. In the work he inadvertently quoted from confidential documents his father had allowed him to see and was found to have contravened section 2 of the Official Secrets Act 1911. He was fined and his book was recalled in order for the text to be censored. He died of stomach cancer in 1935.

Angela’s aunt Dorothy Lansbury (1890–1973), was a women’s rights activist and later a campaigner for contraceptive and abortion rights. She was 16 when she became a member of the Independent Labour Party (ILP). She started work as a clerk and accountant, and very soon joined the National Union of Clerks. She joined the Women’s Freedom League and the Women’s Labour League, but was unhappy with the militant tactics employed by the suffragette movement.

In 1912 Dorothy married Ernest Thurtle, who was later elected as the Labour MP for Shoreditch. In 1924, Thurtle and her husband founded the Workers’ Birth Control Group. Thurtle was the general secretary of Shoreditch Trades Council and Labour Party, and in 1925, was she elected to Shoreditch Borough Council, later becoming mayor in 1936. From 1946, she served a term as a member of the London County Council, representing Shoreditch.

Throughout her career, Thurtle was a tireless advocate for working-class women having free access to information on abortion, pressing the Labour Party on this, saying it made nonsense of their supposed commitment to sexual equality. In 1936, Thurtle became one of the earliest members of the Abortion Law Reform Association (ALRA), and served as a vice-president until her retirement in 1962.

Another of Angela’s aunts was Daisy Lansbury (1892–1971) was born in Bow, East London, the sixth child of George and Bessie. When she was born, the family were living in poverty but she attended school until the age of fourteen. She then spent three years assisting her mother with caring for her younger siblings, then studied shorthand and typing, becoming a bookkeeper and typist for her brother Edgar.

In 1912, Daisy became her father’s personal secretary, a position she held until his death in 1940. She supported the ILP and shared a flat with May O’Callaghan and Nellie Cohen, who were active in the East London Federation of Suffragettes. All three women joined the Communist Party when it was established in 1920. Through the National Guilds League, Daisy met Raymond Postgate, and the two married in 1918. From the 1960s, her health was increasingly poor, and she died in 1971, a few weeks after Raymond. Her son Oliver Postgate was an animator and creator of Bagpuss, the Clangers and Pogle’s Wood.

Angela’s youngest aunt, Violet Lansbury (1900–72), was the youngest of the twelve Lansbury children. Violet joined the Communist Party when it was formed and she moved to Soviet Russia around 1923 to marry Igor Reisnner, a professor of agriculture, with whom she was to have two children. During the 1920s, she began to work as a translator and interpreter. In 1932, she visited Bombay and, in 1934, Karachi, it is believed as a Comintern courier.

Her marriage began to fail and she met Clemens Palme Dutt in Moscow in 1933. Palme Dutt had an Indian father and Swedish mother, and his brother was the leading British Communist, Rajani Palme Dutt. By 1935, they had begun a relationship and within a year they began to live together. They married in 1938 and Violet gave birth to their daughter, Anna Elizabeth, and moved to Paris where Palme Dutt began to work.

The family survived Stalin’s purges, unlike thousands of others who were shot or interned. In 1940 her memoir, “An Englishwoman in the U.S.S.R.” was published. In the early 1940s, she was a journalist for the Communist Daily Worker with her own column, “Violet Lansbury’s weekly chat”. After the Second World War she became a noted translator from the Russian of a wide range of fiction and non-fiction books. She died in 1972. 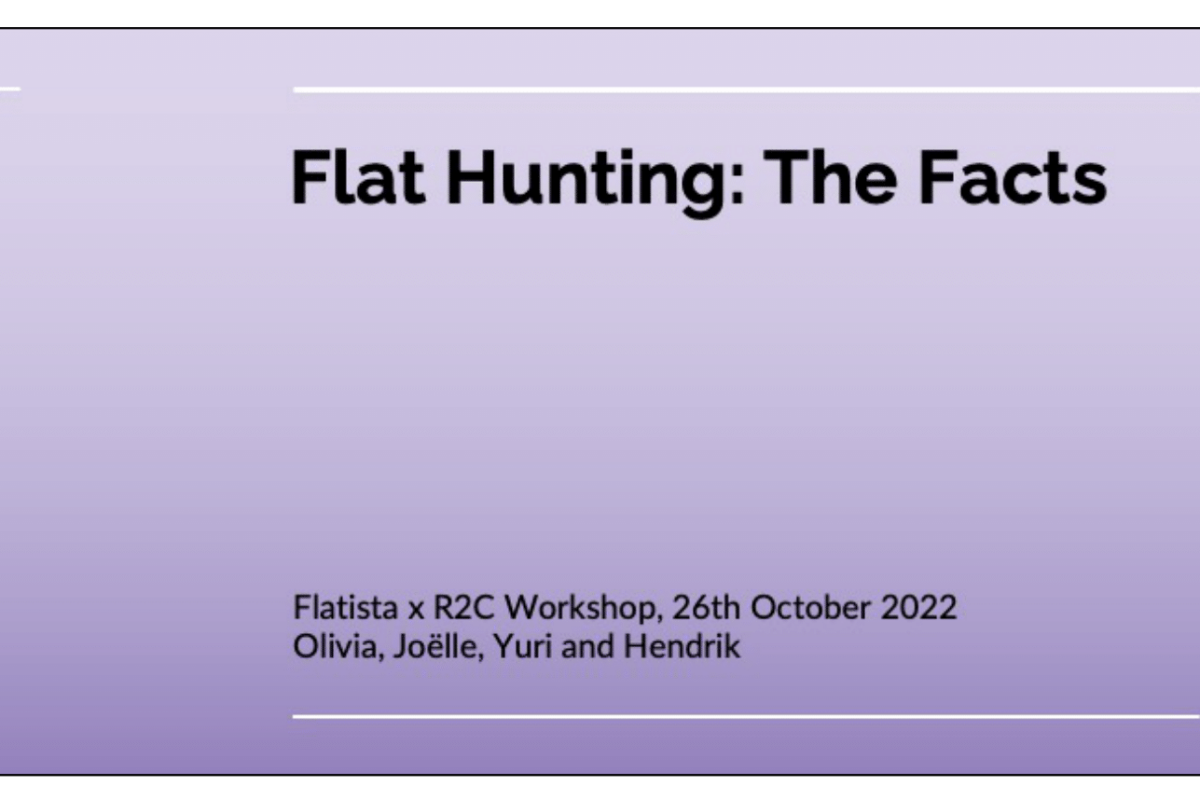 Flat Hunting in Berlin: The facts 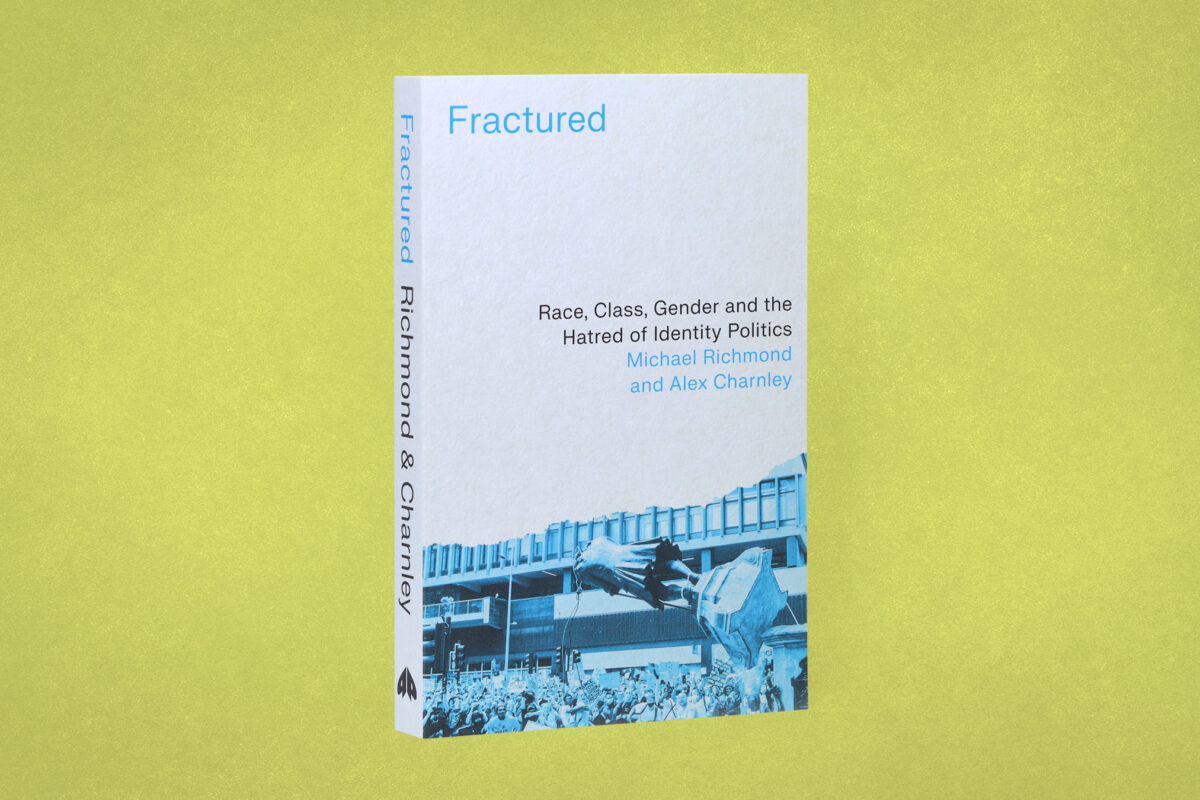