Sanna Ghotbire and Benjamin Ladraa are two Swedish human rights defenders from the project Solidarity Rising are biking 48.000km through 40 countries to raise awareness about the Moroccan occupation of Western Sahara, Africa’s last colony. They started in Sweden in May 2022, and will arrive in Western Sahara sometime late 2024 or early 2025. Phil Butland spoke to Sanna and Benjamin when they recently passed through Berlin.

Hi there. Could you just start by introducing yourselves. What are you doing in Berlin?

Sanna: I’m Sanna. I’m based in Gothenburg, Sweden. I’ve been a human rights activist for almost 10 years, and have worked on a lot of other issues like asylum rights. I did a lot of work with Latin America and was in Colombia and Ecuador. So I had already an interest for international solidarity work.

When I met Benjamin, he had this initial idea of doing something around biking, and then we started planning it together.

Benjamin: My name is Benjamin Ladraa. I’m also a Swedish human rights activist. Most of the projects I’ve done have been for Palestine. My main focus for the past couple of years is a walk from Sweden to Palestine, which took 11 months and visited 14 countries raising awareness about the occupation.

The idea for this project was born out of that one. I discovered that the most efficient methodology of raising awareness is doing an extreme adventure, and then meeting all the people along the way, who are interested in the adventure. This gives you an opportunity to speak about human rights, in this case about Western Sahara.

I’m also a musician, playing drums and percussion, I was a musician for most of my life until I discovered that the world was bigger than music. And then that discovery of injustice and human rights violations led me down this path, which I think is the path I’ll walk for the rest of my life.

The project is that you’re cycling from Sweden to Western Sahara, but not directly?

Benjamin: We’re cycling from Sweden to Japan, and then to Western Sahara, to emphasize that it’s a way around the entire planet. The distance is longer than the equator – 48,000 kilometres in total through 40 countries. Since it’s so long, it raises attention within itself. And this attention can be directed towards Western Sahara.

Sanna: The point of this trip isn’t just to raise awareness about Western Sahara, although that is the big focus. It’s important for us in this journey that when we’re visiting these 40 countries, we meet with human rights activists, and with similar like minded organizations which are also working with oppressed groups.

When we visited refugee camps, we met with a lot of local organizations, and we tried to create a map of all of their needs. They mainly need to be known by the wider public and to collaborate with more organizations globally. We’re trying to match them with people in other countries.

Benjamin: We could summarize it as the belief in intersectional solidarity. Rather than there being many causes to engage for, there’s really just one cause – of anti-colonialism, anti-occupation, pro-human rights, pro-freedom. Getting people to unite under that cause and occupied people working with each other sharing experiences, so that they all become stronger than before.

We hope that followers of the Palestinian question will join the fight for Western Sahara and vice versa. And also all the other places.

Sanna: We noticed that occupiers often collaborate, they sell weapons to each other, they exchange tactics in order to oppress each respective group. And we were thinking, why shouldn’t oppressed people exchange knowledge and network too?

When it comes to Palestine, the PLO did a lot of outreach… Palestine is occupied by a very well known Western ally… whereas people don’t really know that Morocco is a Western ally…

What sort of organizations you in touch with already?

Sanna: Usually, it’s informal networks of people. So it could be activist groups that work with specific human rights questions. It could be women’s groups, leftist journalists like yourselves, schools, universities.

Benjamin: We’d like to be in touch with everyone who falls under the umbrella of solidarity and human rights, no matter the cause, because we think we could also get them interested in the cause of Western Sahara.

Activists in the West know about Palestine. They know about Kurdistan. A lot of them don’t know about Western Sahara. Have you got an idea why that is?

Sanna: We’ve talked about this a lot. I think there’s could be several reasons. When it comes to Palestine, the PLO did a lot of outreach, they worked a lot with the Black Panther Party, and there were a lot of international conferences and meetings.

Benjamin: The PLO had a diplomatic push in the 1980s, when they set up embassies and got countries to recognize them. Today, they have over 150 Palestinian embassies in different countries.

Sanna: Added to this, Palestine is occupied by a very well known Western ally. This makes it relevant for the West, whereas people don’t really know that Morocco is a Western ally. Although we know that they closely collaborate with the US and France, it’s not common knowledge.

I guess Morocco isn’t as strategically important to the West?

Benjamin: I don’t think Western Sahara is “Important” for anybody when it comes to power relations and geopolitics. It’s just important if you care about principles. And I guess that countries don’t do that.

There is also the media blockade. You will never ever hear about it in any media. It is so rarely mentioned. And when it is, it’s so brief.

Benjamin: In general, nobody knows anything about anything in Africa.

Sanna: It’s also seen as Arab on Arab violence. This is different to the occupations in Kurdistan and Palestine. Palestine has allies among a lot of Arab countries – on paper at least. It’s different with Western Sahara.

Benjamin: If you count the allies of Western Sahara, there isn’t a Popular Movement for Western Sahara in any country, except for Algeria.

We’d appreciate cultural guidance…There’s also the media – the radio stations, the newspapers, the bloggers, the podcasters, the social media influencers. Anyone who’s in any of the places we’re visiting should get in touch.

What sort of help do you need from international activists?

Benjamin: We need some guidance on political actions – what is possible and what is not possible in different countries? It would be good to have some insights what we can do in the countries we visit.

Sanna: It would be also be interesting to talk to politicians and have an honest conversation about what they can do.

We’re also making a documentary with the goal of intersectional solidarity. We really want to find interesting activists to interview. We’d be interested in contacting interesting people and groups from your network.

What’s next on your travels?

We’d appreciate cultural guidance. Anyone who’s from the countries we arrive in is really interesting. There’s also the media – the radio stations, the newspapers, the bloggers, the podcasters, the social media influencers. Anyone who’s in any of the places we’re visiting should get in touch.

Our project is relevant in a lot of countries, but because it’s about anti-colonialism, Africa is particularly important. If the African media can talk about what we’re doing, that would be very useful.

On top of that, because of the language, we’re interested in being covered by the Spanish speaking world – Spain of course, but also the Spanish colonies such as Latin America. A lot of Latin American countries have recognised Western Sahara. So, they support us, but I don’t think they write about it that often.

How do you think we can work better in the future?

Benjamin: We don’t want to just take and take. We want to help you. We’re building our own network. If you’re organising another Left Journalism Day School and it’s online, we’d love to take part.

Benjamin: We can promote it, invite people to attend.

Sanna: I think it’s really interesting. This is something we’ve talked about before. How can we have a global conference for practising journalists and journalists working in occupied areas so they can exchange strategies? That could be different things. Some people have the need to understand how do I create a website? How do I promote what I have? Others just need how to build a good infrastructure.

How can international activists help what you’re doing?

We also thought that we could write to famous journalists or film makers… If anyone knows Javier Bardem and Penelope Cruz, please send them our way.

Benjamin: We have one campaign which is to fundraise for cameras for Sahrawi journalists and human rights defenders. They’re filming themselves, making small interviews, explaining that the Moroccans took their camera. We’re hoping to make this into a nice campaign video and poster.

We need to raise about $10,000 in order to afford a couple of cameras. They need good quality stuff. We’re also writing to camera companies asking for discounts and sponsorships, but we’re not optimistic on that front.

Sanna: We’re thinking of kicking off this campaign In September when people are back from the Summer.

We also thought that we could write to famous journalists or film makers, people who have a lot of following and get them to share our campaign. If anyone knows Javier Bardem and Penelope Cruz, please send them our way.

If we have a short video that’s about the basics of journalism and the campaign about people having their cameras stolen, people should stand behind it.

You can follow the Solidarity Rising project on social media under the name @solidarityrising. Become a Patreon here or here. 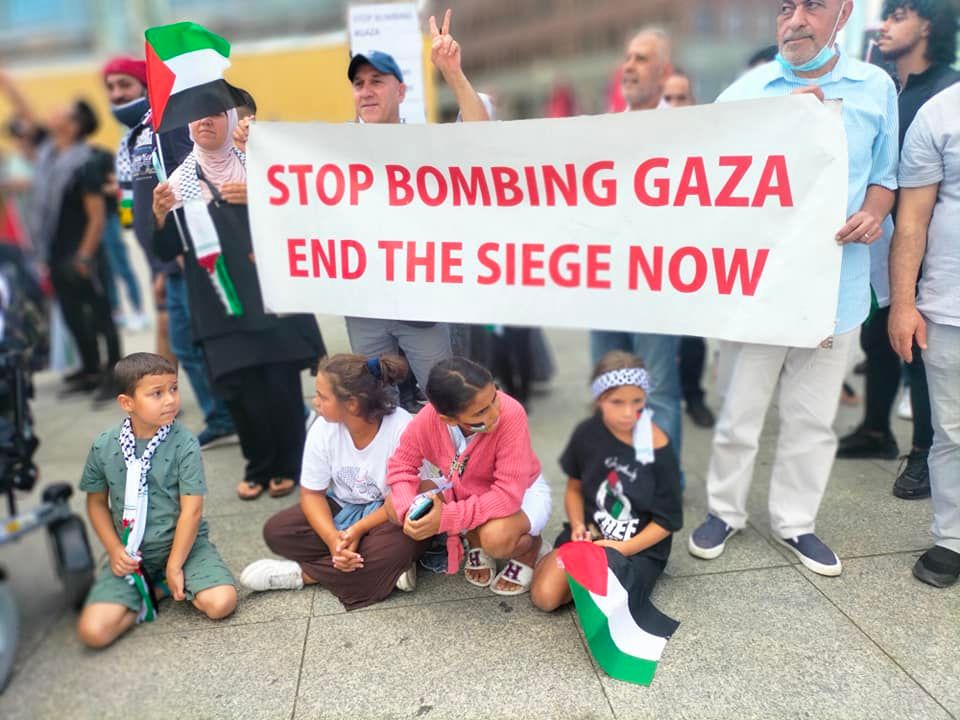 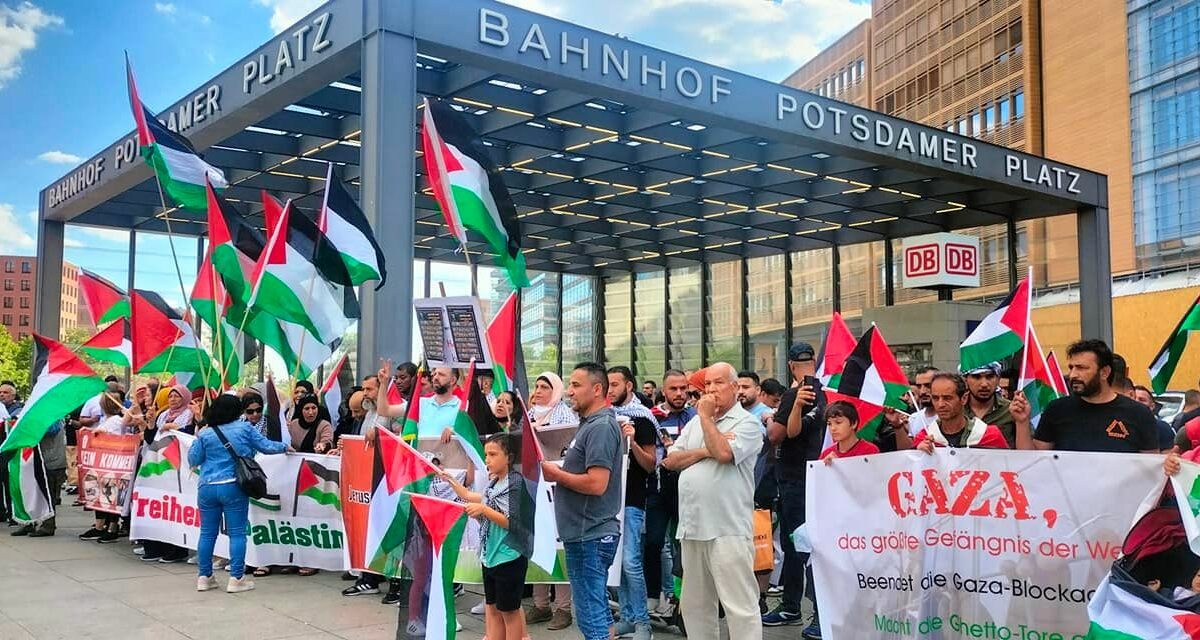 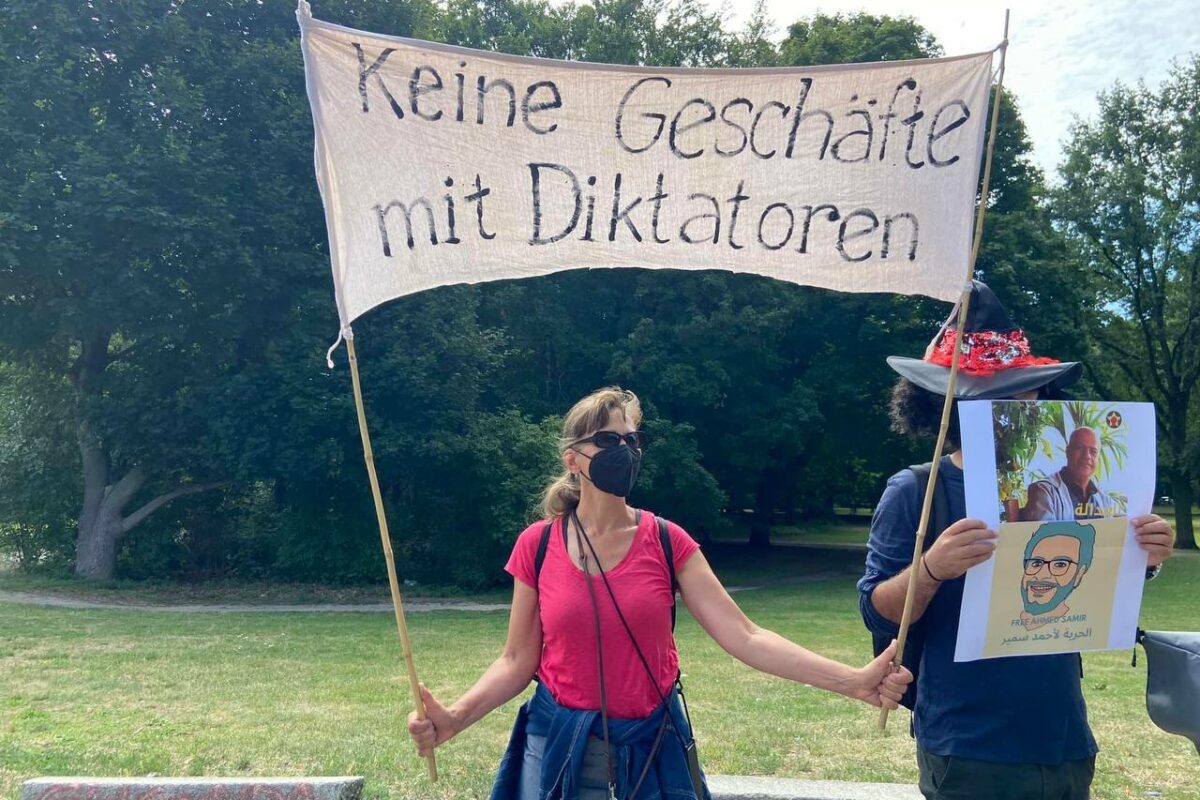 Why is the Egyptian Dictator Abdelfattah el-Sisi visiting Berlin? 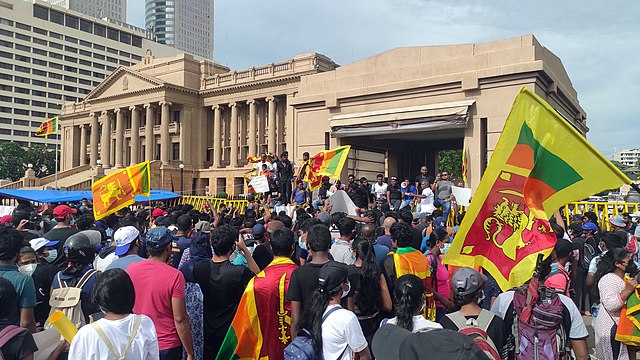