Is Neoliberalism Dead, or Just Evolved?

Taking Stock of the Biden Presidency

For many left-wingers loath to ever praise Joe Biden, the first months of his presidency have come as a surprise. Instead of feared austerity, the Biden administration has spent lavishly, quickly passing a $1.9 trillion relief package and proposing additional infrastructure and family plans with a combined price tag of nearly $4 trillion. Although they make get whittled down or stymied in Congress, the scale and swiftness of his proposals has caught both the right and left off guard. Many observers have compared Biden to Franklin Delano Roosevelt or proclaimed that his policies constitute the end of neoliberalism.

In contrast to his bold approach at home, Biden has taken a decidedly restorationist approach to foreign policy, maintaining or resurrecting many of the failed policies of the Trump and Obama eras. He’s promised “extreme confrontation” with China, made insufficient progress in rejoining the Iran nuclear deal, placed additional sanctions on Russia, and is reportedly in “no hurry” to normalize relations with Cuba. Most significantly, his administration has adopted a nationalistic attitude toward COVID-19 vaccines, hoarding doses and refusing to waive vaccine patents, even as the virus devastates much of the developing world.

As a result, the common progressive narrative about the Biden administration has been straightforward: surprisingly good at home, but disastrous abroad. While this is essentially correct, it ignores the interplay between domestic boldness and foreign hawkishness. Frustratingly for the Left, Biden has used international competition as a pretext for some of his most progressive spending plans. The Left’s challenge will be deciding how to push for bolder domestic legislation without falling into the trap of relying on the rhetoric of geopolitical competition. Only then can we create truly new and just global economic system.

The ambition and scale of Biden’s spending proposals has led many to wonder whether we are experiencing a true paradigm shift in our economic system or if the neoliberal consensus is finally crumbling. That outcome seems unlikely. To be sure, aversion to deficits, which were a core belief of Democratic Party during the Clinton and Obama eras, has clearly faded. However, the main political tenet of neoliberalism —p rotection of markets from democratic pressure — is virtually untouched. Materially, Biden’s plans may be welcome relief for millions of people, but they hardly make up for decades of falling wages and worsening economic conditions. Without a strong left and labor movement to impose a coherent alterative to neoliberalism, we will be stuck with yet another mutant form of this discredited ideology.

The difference between the present moment and previous great economic transformations are clear. During the two most monumental political-economic shifts of the 20th century — the birth of the welfare state and the rise of neoliberalism — three ingredients had to come together to foment change. First, a monumental crisis was needed to usher in a new economic or political era. In the early 20th Century, world war and depression provided the catalyst for social-democratic reforms. In the latter decades, the perception of an inflationary crisis and the growing tensions within the post-war Keynesian order allowed that system to be undermined. Next, a new set of economic ideas was needed. In the same way that Keynesianism helped build and help maintain the welfare state, monetarism and supply-side economics helped dismantle it. Finally, an organized interest group was needed to impose a system based on the new set of economic ideas at the critical juncture provided by the crisis. The emergent labor movement provided this force in the 1930s and 1940s, just as a re-organized business lobby did so in the 1970s and 1980s.

Applying the same formula to the present day, we can see that only two of the three necessary components for a true paradigm shift exist. The COVID-19 pandemic provided the crisis to prompt unprecedented levels of economic spending across much of the world. Indeed, even die-hard austerians in Europe were forced to set aside some of their dogma to address the catastrophe. There is also no shortage of new economic ideas to replace stale neoliberal ones. A rising left media and policy ecosystem has provided legislators with ample material to craft a new economic order. What is lacking, however, is an organized social base to demand and implement an alternative system. Despite some important successes, the labor movement in the US is a shadow of its former self. Even with its impressive recent growth, the Democratic Socialists of America (DSA) is not yet a national electoral force. And the Democratic Party, already a weak ally to labor at best, has a slim congressional majority and seems disinclined to take the steps necessary to cement its power.

The weakness of any social base to impose a coherent alternative to the neoliberal order has been all too apparent. Many observers have correctly pointed out that many of Biden’s plans have expiration dates or distribute money without creating durable institutions: “welfare without the welfare state,” as Anton Jäger and Daniel Zamora put it. Even Biden’s most ambitious tax proposals would leave rates lower than during the Obama era, let alone earlier in the 20th century. While Biden has been rhetorically labor-friendly, the odds of the pro-union Protect the Right to Organize (PRO) Act passing remain slim. Despite much climate fanfare, a remarkably small share of the infrastructure bill is devoted to reducing emissions. As a whole, the Biden administration’s existing proposals are a welcome departure from punishing austerity, but they are not the clean break with the past that the Left desires and the planet needs.

Biden may have deviated from policy orthodoxy at home, but he has fully embraced it abroad. Aside from a welcome troop withdrawal from Afghanistan, his moves have been by-the-book. From additional pressure on Iran to more sanctions on Russia to hostile relations, with Cuba, his administration’s foreign policy borrows many of its core tenets from a hawkish bipartisan consensus.

Most alarmingly, Biden has fully embraced Trump’s confrontational approach to China. He and Secretary of State Antony Blinken have only tinkered with the details of the broad strategic approach outlined in their predecessor’s 2017 National Security Strategy, which emphasized “great power competition” with China and Russia.

Perversely, but not uncommonly, this aggressive international approach has been coupled with more egalitarian economic policies. Biden explicitly linked the two in his recent address to Congress, justifying his spending proposals by claiming that “we are in a competition with China to win the 21st century” and offering a Manichean distinction between the “democratic” and “free” worlds.

Biden’s use of jingoistic and confrontational language to justify many policies which progressives have long supported leaves the Left in a bind. Should leftists oppose a rare opportunity at transformative legislation in the name of supporting greater international cooperation? Or make a temporary alliance with the China hawks, pivoting only once the trillions for an equitable energy transition and working-class families have been appropriated?

Fortunately, the grim choice is a false one. The Left should encourage (and indeed take credit for) many of the equitable and popular proposals Biden has put forth. More than anything, leftists should back system-altering legislation such as the PRO Act, which many DSA members have lobbied furiously for. At the same time, the Left must make the case for these proposals based on their true merits: a fairer economy, more livable planet, and more peaceful world. Only by rejecting geopolitical confrontation and rebuilding a working-class movement can we achieve a truly transformative paradigm shift. 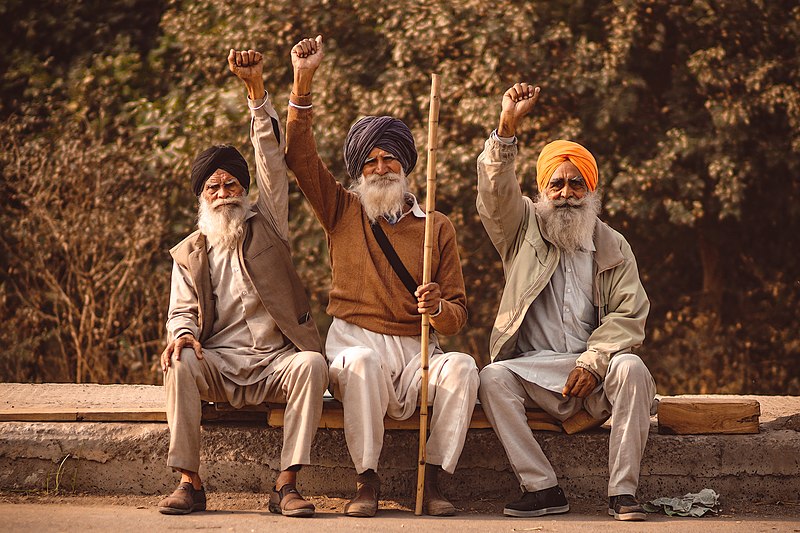