Finally released in Germany, this Black Panther film is well worth watching

Image: Daniel Kaluuya as Fred Hampton, still from “Judas and the Black Messiah,” fair use

Chicago, 1968. Martin Luther King has just been assassinated and cities are being burned down by Black activists recognising that non-violence can only take you so far. The war in Vietnam is intensifying and body bags are returning home in increasing numbers – particularly in poor black communities. There is a political vacuum waiting to be filled.

Enter the Black Panthers with a peculiar mixture of Maoism, armed self-defence and community organising. Armed men (and some women) patrolling the racist police may be getting all the news coverage, but it’s the schooling and free meals for kids that are winning the Panthers widespread support in the community. Added to this, under the local leadership of the charismatic Fred Hampton, they are successfully approaching gangs – including gangs of Latinos and Whites – proposing joint action against a common enemy.

Daniel Kaluuya is excellent at giving us a grasp of Hampton’s oratory. Politically radical, but with a strong sense of a liberationist preacher. From the call and response to the background of insistent drumming a la The Last Poets or Gil Scott-Heron, his style is compelling, making the committed feel that they are really part of something and persuading ditherers to get involved.

But the Panthers are up against something more than random arrests and police violence. FBI head J Edgar Hoover is worried about their ability to unite resistance against not just the government but the “American way of Life”, particularly under Hampton’s leadership. He deploys a series of spies to infiltrate the Panthers, and to foster a feeling of mutual distrust.

Just in passing – the main acting credits go elsewhere, and deservedly so – but it was a neat move to cast a highly prostheticized Martin Sheen as Hoover. Sheen is a left-liberal activist and usually cast as one of the nice guys. This gives the foul racism coming out of Hoover’s mouth even more impact. He wasn’t just a right-wing manipulator – he really believed in what he was doing.

Bill O’Neil (LaKeith Standfield) is recruited as one of Hoover’s spies. O’Neil is a petty criminal, who we see in an early scene entering a bar with a fake FBI ID trying to scam one of the drinkers out of his car. He is caught and, with a prison sentence hanging over him, is “encouraged” to infiltrate the Panthers, where he gradually rises to become local head of security while passing on information to his FBI handler.

Much of the film is about the conflict felt by O’Neil towards people for whom he starts to feel affection, and possibly – this is left unclear – empathy for their political ideas. O’Neil is a coward who is proud of his ability to escape detection – a sly smile after he convinces a colleague about his innocence speaks volumes. But at the end of the day, he’s just another Black man who the FBI is using to destroy his own community. And he probably knows this.

There is another article to be written about how this film is leagues better than Aaron Sorkin’s self-indulgent Trial of the Chicago 7, in which Hampton plays a supporting role. And maybe I’ll write that article one day. Let’s just say that it is a rare occasion to see a film which not only shows sympathy for (a strand of) revolutionary socialism, but one that is also well made and acted.

So let me get to the little thing that is slightly perturbing me. I’m not really sure what the film is trying to say about the relationship between radical leaders and organised resistance. It is clear about what Hampton thinks. When he’s about to be put in jail (again), the comrades offer him money to flee to Cuba or Algeria. He rejects the money, saying that its better spent building a hospital in the community. What we do is much more important than specific individuals.

And yet the rest of the film seems to be pleading something different. When Fred is jailed for the first time, membership and support for the Panthers goes down – despite Hoover worrying that jail could turn him into a martyr. There is an interesting discussion about the extent to which the growth of the Panthers in Chicago depended on Chairman Fred’s individual charisma or on what the party structures were able to achieve (I would sit on the fence on this one, mumbling that the relationship is somehow dialectical).

But that’s not what films should be doing anyway – even films as radical as this one. The fact that an Oscar winning Hollywood film could even provoke such a discussion about revolutionary leadership sets this aside from almost all the competition. Judas and the Black Messiah doesn’t solve all the problems of the world, but within 2 hours it has a pretty good go. 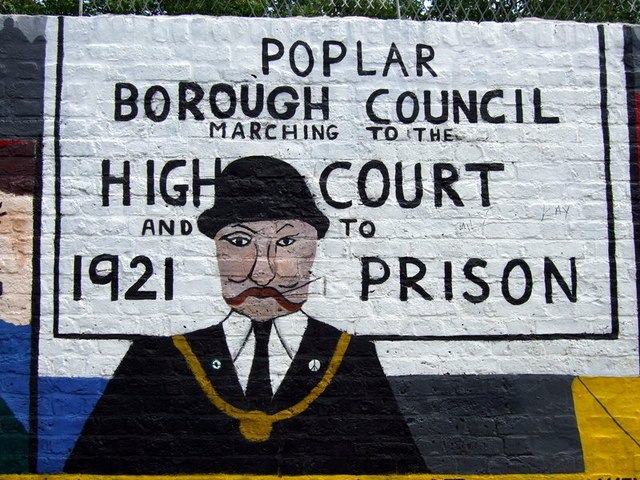