End ‘vaccine apartheid’ – no one Is safe until everyone is safe

by Dr John Puntis from the UK ‘People’s Covid Inquiry’, on the international inequity in COVID vaccine distribution

Carried away by the ‘vaccine bounce’ (undoubtedly a major factor in their recent electoral success) the government is myopically preoccupied with focusing on the pandemic only within our borders. This means the international dimension is being neglected with potentially disastrous consequences for us all. This is not just to do with a failure to secure our borders. It is also a failure to grasp the even more pressing need to advance the rollout of vaccination on an international scale.

We are beginning to take great sighs of relief thanks to our ability to secure a significant proportion of the globally available vaccine. But in other parts of our ‘one world’, including countries that vaccines will not reach for a year or more, the virus is still raging. Uppermost in our minds just now is the developing catastrophe in India – paradoxically the largest manufacturer of vaccines in the world. As highlighted in the British Medical Journal recently: ‘India’s crisis is everyone’s crisis’.

Charitable initiatives are not enough

Worldwide over the last three months the number of coronavirus cases has been steadily rising to its highest ever level. International organisations have been set up to try and ensure vaccine gets to those most in need. But these efforts rely on the largesse of rich nations and seem doomed to failure. The Vaccine Alliance, Gavi, for example, is:

“ . . . bringing together public and private sectors with the shared goal of creating equal access to new and underused vaccines for children living in the world’s poorest countries .

. . . Gavi is co-leading COVAX, the vaccines pillar of the Access to COVID-19 Tools (ACT) Accelerator. This involves coordinating the COVAX Facility, a global risk-sharing mechanism for pooled procurement and equitable distribution of COVID-19 vaccine”’

The Access to Covid-19 Tools (ACT) Accelerator was launched by the World Health Organisation (WHO) to facilitate the development of tests, treatments, and vaccines and to ensure their equitable distribution. Covax is supported by the WHO as well as the Coalition for Epidemic Preparedness Innovations (CEPI). Reliant on funds from charities and wealthier countries and struggling to obtain supplies, its aim is to vaccinate health workers and high risk people in all countries by the end of 2021 – about 20% of the world’s population. This is a laudable but unambitious aspiration. The failure in equity of global distribution and adequate ramping up of vaccine manufacturing capacity will only ensure this pandemic will run and run, with risks of new variants emerging and driving further waves of infection. National leaders must recognise not only their own national but also wider global responsibilities in responding to the pandemic. Their tragic failure on this international front is illustrated in the graph that shows the miniscule amount of vaccine that Covax has in fact been able to secure. (A clue: Look at the *bottom of the graph*.)

The difficulty arising from the constraints on the WHO in having to work within the limits of international consensus was captured in a ‘Hardtalk’ interview with David Nabarro in April 2020. Stephen Sackur introduced his guest with the daunting assertion:

“There has never been a greater need for an internationally co-ordinated response; that is where the WHO should come in…but right now the WHO itself is at the centre of a political storm; Trump has withdrawn the [major] American funding accusing the WHO of being China-centric”.

Nabarro preceded his robust and forensic defence of the WHO’s handling of the evolving pandemic with a stark warning – that as lockdowns are released if they are not fully defended, the outbreaks will build up again – poor countries being particularly at risk:

“The pandemic will be a threat to every country and every population in the world; the only way we will get on top of it and ahead of it is if every society everywhere is knowing about it and is able to interrupt transmission for themselves … the capacity to defend against it and learn how to live with the constant threat of the virus is going to be the key for the future of humanity”’.

At the recent Global Health Summit on the 21st May 2021, leaders from the G20 nations reaffirmed their support for the Access to Covid-19 Tools (ACT) Accelerator. However, a year on – and as the global death toll from the virus surpasses three million – there is still a funding gap of $18.5bn (£13.1bn; €15.1bn) for the accelerator. Covax still has precious little stocks of vaccines. The policy lead for the People’s Vaccine Alliance commented:

“ . . while world leaders spoke eloquently about the ‘gross inequalities of global vaccination’ their solutions were still the same tired ones that have failed billions of people who remain unvaccinated and vulnerable to infection. Nine people are dying every minute [of covid-19] while the vaccine stores of Covax—a multilateral initiative to get vaccines to developing countries—lie empty”

also remarking that G20 leaders had:

“ . . once again ceded control of this pandemic to a handful of pharmaceutical corporations which have had more than a year to voluntarily share their intellectual property and know-how but have instead put profits before people at every turn.”

An end to vaccine hoarding is urgently needed

We now have a situation where only 0.3% of total vaccine doses have gone to Low and Middle Income Countries (LMICs), a state of affairs some characterise as ‘vaccine apartheid’. Only 1% of the 1.3 billion vaccines injected around the world have been administered in Africa, and only enough vaccine delivered to protect 2% of the population. Meanwhile, rich nations are currently vaccinating their low risk citizens, ahead of health workers and high risk people in LMICs. Wealthy countries have even bought more vaccine supplies than they can use and are sitting on them. Canada has enough to vaccinate everyone ten times and the UK eight times over (see graph). An ending to vaccine hoarding by rich countries is urgently needed.

Those advocating a ‘people’s vaccine’ say the charitable model of Covax is wholly inadequate to meet need and that what is required is for a way LMICs can manufacturer their own vaccines. There is also the Indian paradox of the world’s largest vaccine manufacturer experiencing one of the world’s worst outcomes from the pandemic. That is the tip of an alarming global iceberg. Problems of disease suppression are compounded by leaders who: are not fit to lead; who have knowingly run-down public health services over decades; who fly in the face of scientific evidence, are unwilling to learn from their mistakes; and who will do anything to hide their failures from those they are there to serve.

The People’s Vaccine Alliance is a global coalition of organisations and activists including UNAIDS, Amnesty International, Medact and Global Justice Now, leading the call for a people’s vaccine. It argues that pharmaceutical corporations must allow the covid-19 vaccines to be produced as widely as possible by sharing their knowledge, free from patents. The first requirement is for a waiver of intellectual property protections on covid-19 vaccines including on their raw materials and components. This call has now been supported by President Biden in the US, and by the Gates Foundation. The next two conditions are transfer of technical knowledge from vaccine makers in the global north to regional hubs or direct to manufacturers in the global south, together with subsidies for manufacturing in LMICs.

The UK – precariously balanced in a global pandemic

Our ‘People’s Covid Inquiry’ has highlighted together with many other voices the decades of running down of our public services including public health and the NHS. That compounded the delay in taking the pandemic seriously; delay in implementing lockdown; using the pandemic as an opportunity for cronyism; outsourcing ‘test and trace’ resulting in a hugely expensive failure; failing to protect those in society who are most vulnerable. All of these have contributed to a staggering 150,000 deaths.

We now have seen our UK overseas aid budget cut by £4bn even though the Conservative’s manifesto pledge promised it would be maintained, just at a time when aid has become even more important to help LMICs survive the pandemic. In March this year, when asked about donating vaccines to poorer countries, Culture Secretary Oliver Dowden claimed the UK did not have a surplus. The Prime Minister stated lamely that:

“ . . all our international goals rest upon keeping our people safe at home”

If diplomatic sensitivity effectively silences the WHO in calling out individual government’s response to the pandemic, that role must then fall to citizens, as in our People’s Covid Inquiry. ‘No one is safe until everyone is safe’ cannot be allowed to be a mere slogan.

It is a sentiment that must dictate what we do as a nation, a nation that recognises and embraces the reality that we all share one world and that nationalism plays no part in fighting a pandemic. Clearly there is much more to be done on an international scale to protect us from both the present and the next pandemic, but little sign that the current government will be the one to deliver the vision and change we urgently need. 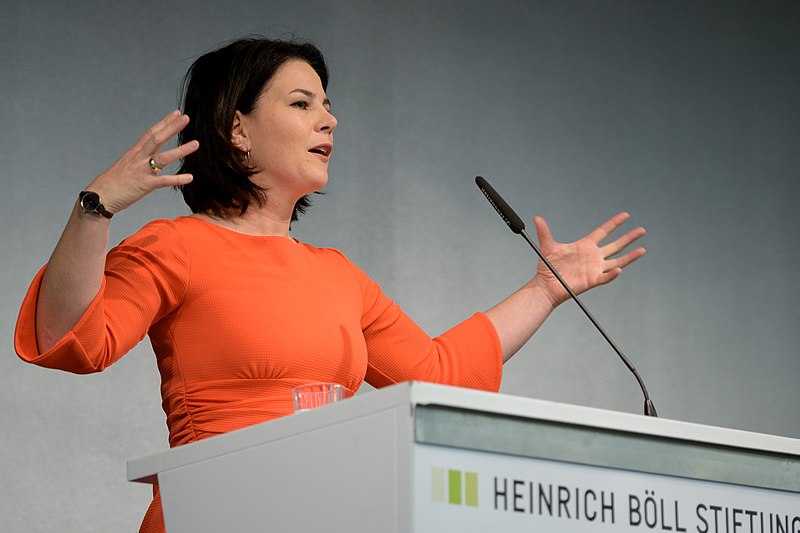