“Britain is particularly hostile towards trans people at the moment”

Hello Laura, thanks for speaking to us. Could you tell us a little about who you are and your political background?

Hi. I’m a revolutionary socialist and a member of the Socialist Workers’ Party in the UK. I was a UCU (academic trade union) activist from the 1980s onwards, and on the UCU National Executive until 2015. Now I’m retired and I’m an activist for LGBT+ rights. I’m the author of several pamphlets and the book Transgender Resistance: Socialism and the Fight for Trans Liberation.

How do you think the awareness of Trans rights has changed in the past 30 years?

In the past, trans people were either invisible or treated as something exotic and salacious by the mass media. Being transgender was seen as completely different to sexuality. Now trans people are seen as part of the LGBT+ family. Trans people are more visible and talked about. Trans rights are discussed more in the mainstream media, there is a lot more public awareness. There are more trans role models now, partly due to social media. There are Trans Pride events. The experience of gay and trans people fighting Section 28 and the stigma of HIV/AIDS together has led to more unity within the community.

The British Tories have recently introduced a ban on conversion therapy which excludes trans people. Can you explain what is happening and why?

Yes. The Tories under David Cameron, and then Teresa May, promised to ban conversion therapy. Boris Johnson’s government delayed bringing in a ban, then backtracked on the promise. There was an outcry over this which led to the current bizarre position of bringing in a conversion therapy ban that applies to lesbian, gay and bisexual people, but excludes trans people. In reality, it is impossible to separate trans people from the ban. We will enter very confused legal, moral and political territory. A lot of homophobia is related to gender expression; trans rights and LGB rights are not mutually exclusive.

It is happening because the Tories have become more transphobic, even in the last year. A moral panic has been whipped up around trans rights in Britain. It is part of the wider right wing ‘culture war’, part of ramping up their ‘anti-woke agenda’. This can be seen in other policy areas such as immigration as well.

What has been the response of the Labour Party?

The Labour Party has been trying to ride two horses at once. It has been aiming to appear trans-friendly whilst also making concessions to the so-called ‘sex-based rights’ of women. Recently the Labour leader, Keir Starmer, made a hash of answering the tiresome ‘can a woman have a penis?’ question in a radio interview with LBC. Starmer refused to answer the question, and said it was ‘unhelpful’ to discuss the subject.

Rosie Duffield, a Labour MP, was a guest of honour at the first annual conference of the transphobic LGB Alliance. She remains a Labour MP. Another Labour MP, Stella Creasy, has recently been vocally supportive of trans rights, as has Shadow Attorney General Emily Thornberry. There have been big arguments over trans rights at the local constituency Labour Party level, which show no signs of abating. The Labour Party is divided on the issue and the leadership appears reluctant to take a firmly supportive position.

It seems that the British Left is divided on the trans issue, with some arguing that trans rights can only be won at the expense of women’s rights. How deep is this division?

It is important to note that it is a minority of the British Left that is arguing this. They argue that they are not allied with the transphobic Right on this, with the Right arguing that trans people are subversive, immoral, unnatural etc. The Leftists who take this position argue that there is a conflict between trans rights and women’s rights but deep down their arguments are based on sex-essentialism. The majority of the British Left do not argue this position, but those who hold this position have a vocal social media presence.

You recently decided to withdraw from an online meeting about trans rights organised by left wingers. What happened and why?

This was a meeting hosted by Red Line TV, Jackie Walker’s social media TV show. First, I was invited to go on the show as a guest, then it was suggested to me that there would be a debate about trans rights. I did suggest someone that I could possibly debate with, however it turned out that she had become very ‘gender critical’ since I had last been in contact with her. I felt it was wrong to debate her as on principle we shouldn’t be debating with transphobes. It gives them a legitimacy that they really want but shouldn’t have. Despite all their claims of being silenced, ‘gender critical’ voices have access to platforms in mainstream newspapers and media outlets. The Left does not have to give them a platform.

You’ve been accused of not wanting to discuss with anyone who doesn’t share your opinion. What do you say to that?

Do you feel that the discussion in Britain is different than in other countries?

The discussion in Britain is particularly hostile towards trans people at the moment. There was a furore after proposals were announced to introduce reforms to the Gender Recognition Act in 2004, especially around the proposal to introduce self-ID for trans people. This backlash has grown into a moral panic. Anti-trans rhetoric has become normalised in the mainstream media. Trans women are quite often portrayed as sexual predators.

Ireland has had Self-ID for years without a problem, but Self-ID has been portrayed as a huge threat to women’s rights in Britain. Of course, there are other countries where the discussion about trans rights is also hostile, such as South Korea, Spain, and the United States. In the United States we are currently seeing a wave of vicious anti-trans legislation. But in the United States, the hostility is driven by the religious and conservative right.

Finally, how do you think we can build an international movement for trans rights and what can people in Berlin do to support what you’re doing in the UK?

Solidarity is also vitally important for the revolutionary left internationally, as we fight for the socialist revolution that can transform the conditions we all live in. This is the only guarantee that trans rights, and the rights of all oppressed people, can flourish and be seen as ‘normal’ and not something ‘other’. 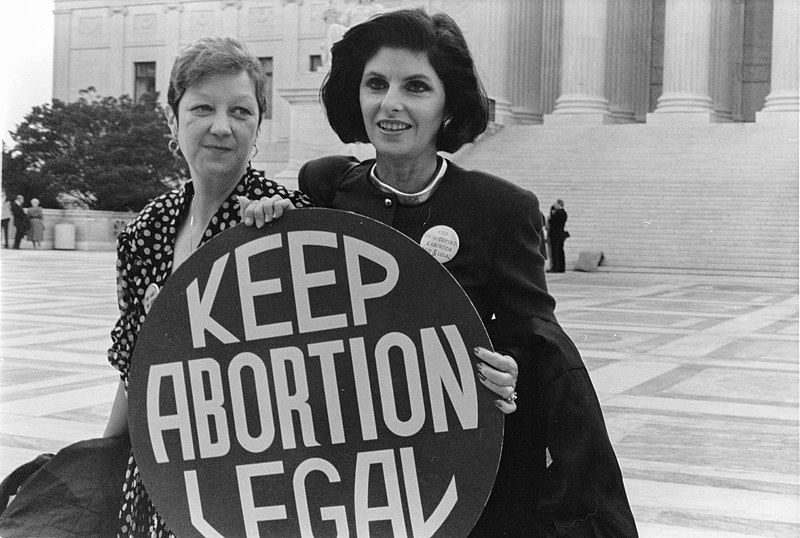