My name is Emma Lehbib, I am nineteen years old and grew up in Germany. I study International and European Law at the University of Groningen. Currently, I am member of the Sahrawi Diaspora in Germany which was founded after the war broke out. In this one year, we have organized three demonstrations and several online events, run Social Media as well as a Youtube Channel, done charity work and are ambitious to do more in the future. Besides this, I am involved in other work related to the Sahrawi cause.

I am the daughter of Sahrawi parents. Sahrawis are indigenous to the territory of Western Sahara, Africa‘s last colony. Until 1975, Western Sahara was a Spanish colony. During that rule, the liberation movement led by The Polisario Front was active against the colonizers. However, when Spain withdrew, it made an illegal accord with Morocco and Mauritania splitting our country between these two states. This led to war between the Polisario and the two invading powers. Hundreds of thousands fled to a desert near Tindouf, Algeria. In 1976, Mauritania was quickly defeated and in the same year, the Polisario declared the establishment of the Sahrawi Arabic Democratic Republic (SADR). The war against Morocco continued until a ceasefire was mediated in 1991. The condition for that ceasefire was the holding of a referendum, in which the Sahrawi people decide upon their destiny. Thirty years later, the referendum has not been held. Last year, the Polisario restarted the armed struggle after Morocco’s violation of the ceasefire.

Since I can remember, we always visited my grandmother, aunts and cousins in the refugee camps situated in the West of Algeria. The camps are in a desert. The Sahrawi live in mud houses and tents called Kheima. Now, some have been building brick houses after heavy rains in the past years destroyed the dwellings, to adapt to the extreme weather conditions caused by climate change. Only a minority is able to afford this. The changing climate results in many issues and the situation is worsening. During the summer time, the temperature may rise up to 50 degrees Celsius. At night, temperatures can drop to 0 degrees Celsius. Agriculture is close to impossible. The refugees depend on imports and international help. Despite the difficult circumstances in the desert, the Polisario was able to organize a society there. They have developed an infrastructure providing, for example, good education, health services and electricity for all.

Because we have no extended family in Germany, being in the camps was, and still is, the most treasured of memories. Being there as a child, I absolutely loved it: running in the endless desert, feeding my grandma’s goats, playing with my cousins, drinking Sahrawi tea, listening to my aunt’s storytelling, praying with my great-grandmother. I still love being there but as I grew older, I became aware how unjust the situation is. How it is contrary to our people’s right to self-determination. How they were abandoned by the international community. How difficult the living conditions are – especially knowing the potential and richness of our own homeland.

Visiting my grandmother in the camps deepened my appreciation of my privileges in Europe and especially in Germany. It is my obligation to be active and somehow contribute to the solution of our issue.

Since the outbreak of the pandemic, we could not visit our family there. Thankfully, they were not extremely affected and many are vaccinated by now. Hopefully, we will travel there this or next year.

The occupied zone of Western Sahara

In 2008, my family and I visited for the first and last time the occupied part of Western Sahara. We drove from Northern Germany down to Spain and then took a ship to Morocco. From there, we continued our drive south to the biggest city in Western Sahara, Laayoune – also referred to as SADR’s capital city. I was just six years old but it is a memory that has always stayed with me to this day.

I remember the beautiful moments: seeing family members for the first time, Sahrawi tea at the beach, surfing with tourists, playing with cousins and so much more.

For me the time there was precious. Yet I never felt completely safe. Everywhere, I saw Moroccan flags, never SADR’s. I knew that we should watch what we say. That there can always be some kind of surveillance by Moroccan forces or locals. My task was to not attract any unwanted attention. Being there was also sad because I could see everything that my cousins in the camps have never been able to witness. All that our homeland has to offer but our people have been denied.

This trip remains the last one to the occupied zone. Now it would be either impossible or dangerous to go there. It could be that Morocco denies me to enter my home country or if they let me in, anything could happen during that stay. The Moroccan authorities observe and spy on Sahrawi activists. I can only go back home again once we have have held our referendum and gained our independence as recognized by international law.

The reason it hard for us to travel there again, is the activism of my parents. When we moved to Bremen in that same year, my parents started to network with solidarity groups, supporters of Sahrawi cause and experts here. Shortly after, the association “Freiheit für die Westsahara” was established. In that context, a thanks goes out to all of our supporters who have helped and continue to do so throughout, especially to our family friend Gunther Hilliges. On weekends, events were organized. My siblings and I were always brought to the them, and we would see our parents passionately talking about the Sahrawi cause and being interviewed by newspapers or a local TV channel.

At home the topic was always present. On evenings, there were bad quality Skype video calls with family members living thousands of kilometers away. Due to the Moroccan occupation, there are some family members I have only seen once in my life and that was in 2008, when I was only six years old. Others I could only meet outside Western Sahara, for example in Spain. This is the reality of the Sahrawi people. We live divided, a reality that many Germans can comprehend. Just that we continue to live this through every single day for decades. Further, I remember my father always watching the news regarding the issue – every day and night. It is one of the first things he would do after coming back from work. When I would google “Western Sahara” or look onto the computer of my father as he was researching, I saw endless images of Sahrawi adults and children with bruises, black eyes, marks of torture and more. It was devastating to look at but it is the cruel reality of our people in the occupied Western Sahara.

I remember the day when the best known Sahrawi human rights activist, Aminatou Haidar, visited us to receive the Bremen Solidarity Prize in 2013. Her incredible persona was honored by, inter alia, the Right Livelihood Award in 2019. During an evening, she came by to have dinner and tea with us. I must have been 11 years old and was sitting next to my mother. I had heard about her life story. Haidar was just talking, and my mother and I suddenly had tears in our eyes.

When I was 12 years old, I hosted a little activity in the framework of an African Day at a Museum in Bremen. I held a presentation on the Refugee Camps for other children and showed them the games I knew from my time in the camps. We had brought sand, stones and sticks to play with.

Whenever someone asks about my origins, most of the time I don’t simply say “I am from Western Sahara”. It is always followed by a two minute lecture on the situation. I am used to being unknown to people – at least in Germany. As if we don’t exist, as if our cause does not exist. Despite the fact that there are German companies such as Siemens or HeidelbergCement pursuing economic activities in the occupied zone, even though they neither have the consent of the Sahrawis nor has Morocco the sovereignty over the territory there. Feeling invisible is frustrating but the problem lies with mass media outlets that don’t cover the situation enough. It just shows that there is a lot of work to be done in Germany. We need to work together with other solidarity groups and movements and thereby, uplift each other.

It is these impressions, experiences and my family that make me Sahrawi, even though I am forced to live in exile. I know we will one day return to our homeland. My grandmother will see her home town again. Families will be reunited. Our children will grow up there. So even though most of us have never seen our home country, we fight for it as much as our parents, grandparents and their parents did and still do. An essential part of the Sahrawi identity is the struggle for freedom. It makes every Sahrawi a representative for our cause.

This story I am writing is the reality of the Sahrawi youth in exile. It is probably a story that many people of diaspora groups can tell you.

This is why I believe our cause, the Sahrawi cause, is the world’s cause.

Because we can never be free until each and every one of us is free. 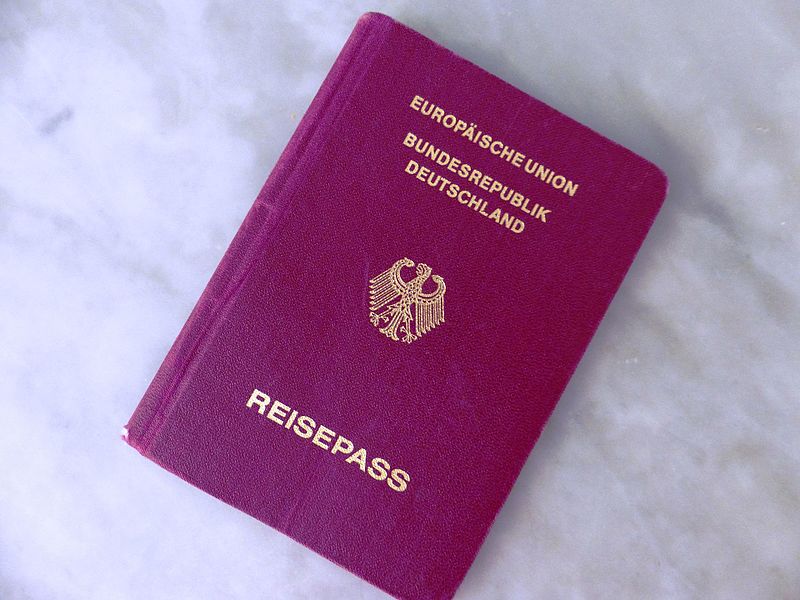