2020: A Year of Despair and Hope Like Never Before

COVID-19 gave rise to both despair and hope. Which of the two we pay more attention to will define whether we rise wiser from the catastrophe

2020 has seen an interregnum never before experienced by humanity—it has been a year in which despair and hope, callousness and caring have mingled like never before.

In the first few months of the pandemic, for most of us, the circulating statistics of people affected by COVID-19 were somewhat distant; by now, most of us probably personally know a few, or many, who have been hit by the virus. Even more stark is a global economic collapse impacting several hundred million livelihoods, which will scar many communities for years if not decades.

On the other hand, heart-warming stories of people stepping up in acts of solidarity, community rebuilding, and resilience puncture this picture of doom and despair, opening it up to rays of hope.

Despair and hope. Which of the two we pay more attention to and accentuate, through citizens’ and policy actions, will define whether we rise from this massive knock-out punch wiser, and more importantly, are able to avoid more such punches.

First and foremost, the clear link between the pandemic and ecological devastation globally has made further evident the deep chasm between humanity and the rest of nature. For too many centuries, we have behaved as if we can keep eating away at the earth’s bounties as if they were endless; with runaway biodiversity loss and climate change, we now surely know that we cannot. Unending profit growth is simply not compatible with a finite planet.

Second, the fundamentals of an economic system that makes the lives of a majority of its workers precarious and vulnerable, surely have to be questioned.

Both state-dominated and capitalist economies have encouraged globalized industrialization along with its complex global chains of dependence—the problem is, they’re enormously fragile and prone to breaking with even mild shocks. In India, since 1991, a massive loss of livelihoods in the traditional (agriculture, crafts, etc.) sectors has been accompanied by the continuation of policies that render over 90% of the workforce ‘informal.’ These systems have also undermined the possibilities of more self-reliant, localized economies that could deliver basic needs with much greater stability.

Third, such globalized development is a breeding ground for growing class inequality, building on existing marginalization and inequities based on gender, race, caste, and ethnicity. We are possibly now at levels of local to global inequality never before seen in history, and this too leads to enormous vulnerability, apart from being fertile territory for resentment, conflict, and the politics of hate. The ‘other’, often defined in racial, religious, casteist, or sexist terms, has become an easy scapegoat, readymade for the politics of xenophobic hypernationalism.

Fourth, governments cannot always be trusted to get us out of the mess. Despite repeated and long-standing warnings of the possibilities of a COVID-19 like pandemic, very few, if any governments were prepared to deal with it. Most simply reacted with knee-jerk responses. While this may be partly understandable given the uncertainties of a new, unpredictable virus, it also showed the inability to be nimble—that is, to call on all possible expertise, and to empower communities to deal with the situation using their own agency and innovation.

In any case, governments have been part of the problem in the first place, putting in place policies and programmes that exacerbate the ecological damage and economic vulnerability mentioned above. Many have also used this interregnum to further such policies; in India, the State has cleared several coal mining and other ecologically destructive projects, and rushed through legislative measures that corporatise sectors like agriculture, in the name of COVID-19 recovery and ‘self-reliance.’ State surveillance too has been increased by many governments, in the name of security—in the absence of transparency, this has serious consequences for the freedom and privacy of citizens.

Fifth, private corporations are not the answer either. Many of them have cynically used the opportunity to significantly increase their wealth, and/or have sacrificed workers to cut costs, while not touching the earnings of senior management. Meanwhile, all are clamouring for bailouts from the governments. This is ironic, given that the ‘free market’ should dispense with the state’s interference altogether, revealing that the so-called free market has always been dependent on government policy favoring it. In India and elsewhere this takes the form of policies for ‘ease of doing business’, and in various forms of crony capitalism.

I could list out a few more important lessons from various acts and news of despair, but let me move to the other side of the picture: the bubbling up of hope in myriad forms.

While some of this has emerged from within governments, much more common and widespread has been the actions taken by ‘ordinary’ people in communities and collectives. Some of the most amazing stories of resilience, solidarity, and citizen power are from people who have no formal power and status in governments or corporations, but are simply exercising their agency and lots of common sense.

In Nagaland India, women farmers mobilized by the North East Network not only enabled food self-sufficiency for their communities during the COVID-19 lockdown, but negotiated with the government to be able to continue selling their produce in city markets with full safety precautions. In Peru, Quechua indigenous communities governing a large Andean landscape—the same landscape where the potato originated—demonstrated how traditional sustainable farming was productive enough for them to contribute to food relief measures for the poor in nearby Cusco town. In Lisboa, Portugal, social solidarity centres like Disgraca mobilized resources from neighbourhoods to enable shelter, food, and other support to the homeless and poor. In Telangana, Dalit women farmers—traditionally the most marginalized by the caste and patriarchal systems—have achieved food sovereignty and self-reliance over the last 25 years, and contributed 20,000 kg of grains to Medak district’s COVID-19 relief efforts.

Along with many more from around the world, these stories on livelihoods, food, health and other basic needs demonstrate the extraordinary power of people to find solutions when the need arises. For each of the avenues of despair raised by the COVID-19 interregnum, they showed us an alternative. And so, from their experiences, another more positive set of lessons emerges.

First, where communities have sustained or built new forms of localized economies, based on the conservation and wise use of nature and natural resources, they are far more resilient those who have put all their livelihood eggs into the basket of a globalized market. Be it the women of the Maati Collective in Uttarakhand, or the youth of Ladakh’s villages, both concur that with no tourists coming to their scenic homes this year, they have realized the importance of a diversified local economy, where at least they were self-reliant in terms of food, energy, and water. Farmers who have built relations with close-by urban consumers, such as those associated with the Gurgaon Farmers’ Market, were able to continue delivering produce even during the lockdown periods.

Second, such resilience is much stronger when producers and workers have control over their means of production—that is, land, forests, water, and tools—and over their own labor and reproduction. In both capitalist and centralized statist systems, these factors are alienated. A massive lesson from the pandemic stems from the examples of communities that re-asserted such control and connectedness. Where India’s Adivasi and other local communities have been able to reclaim collective governance over forests under the Forest Rights Act, for instance, they have coped with the COVID-19 lockdown far better than those who are still alienated from the forests.

Third, if the above can be characterized as economic democracy, it is important to remember that it is intimately connected to radical or grassroots political democracy. If liberal democracies have largely failed to address the biggest global crises of our times, it is because they have enticed us into believing that we should give away our own power as citizens to political parties and bureaucrats.

As the indigenous Adivasis of several parts of central India demonstrated, such as the Korchi Maha Gramsabh and the village of Menda-Lekha in Maharashtra’s Gadchiroli district, democracy has to start with power being exercised at the ground-level, with forms of what Gandhi called swaraj, or what indigenous nations in the Americas and Australia are calling self-determination, based on their own governance systems. Where communities had such control, such as the Quechua in the Peruvian Andes, they were able to stop the entry of outsiders who may be carrying the COVID-19 virus into their territories. Several communities like the Tharakans in Kenya, put in place other safety measures, building on the memory of dealing with similar emergencies in their own past.

Fourth, the ability of communities to turn an inward critical gaze is also crucial, for many traditional or new inequities lead to internal weaknesses and marginalization. In the 90 villages that are part of the Korchi Maha Gramsabha in Maharashtra’s Gadchiroli district, there are dedicated processes for enabling women to have a voice in collective decision-making, which has been traditionally weak. Such empowerment of women, or other hitherto marginalized groups, has been crucial in ensuring resilience during COVID-19. In Sittilingi panchayat (rural district) of Tamil Nadu, a Malevasi Adivasi woman trained by the nearby Tribal Health Institute stood for elections, and as sarpanch (village decision maker), mobilized the community to effectively withstand COVID-19.

Such acts of resilience and grounded alternatives, combined with movements resisting structures of oppression and unsustainability, provide the greatest hope for transitions to a more just world. The ongoing movement of farmers in India, increasingly joined by other sections of society, is the latest in a long line of mobilisations against injustice during COVID-19: these include Chile’s massive movement for a more progressive constitution, anti-racism protests in the United States, workers’ and feminist mobilizations against COVID-19 recovery packages favouring South Africa’s corporate sector, and many more. All these movements are standing up against a powerful system which is not going to go away any time soon—but they do show the potential of ‘beautiful trouble’. Such speaking truth to power—or satyagraha in the Gandhian tradition—will continue to be crucial, along with the quieter work of sustaining and creating practical alternatives on the ground. We have to mobilize massively to challenge and redirect COVID-19 recovery plans across the world, not only towards a ‘green new deal’, but towards rainbow new deals that integrate transformations of multiple hues. Only then will we begin to tip the balance towards hope, from 2021 onwards.

This article first appeared on ,The Bastion website. Reproduced with the author’s permission. To read more on development alternatives in India, curated by The Bastion and Kalpavriksh under ‘Ecologies of Hope’, click here. 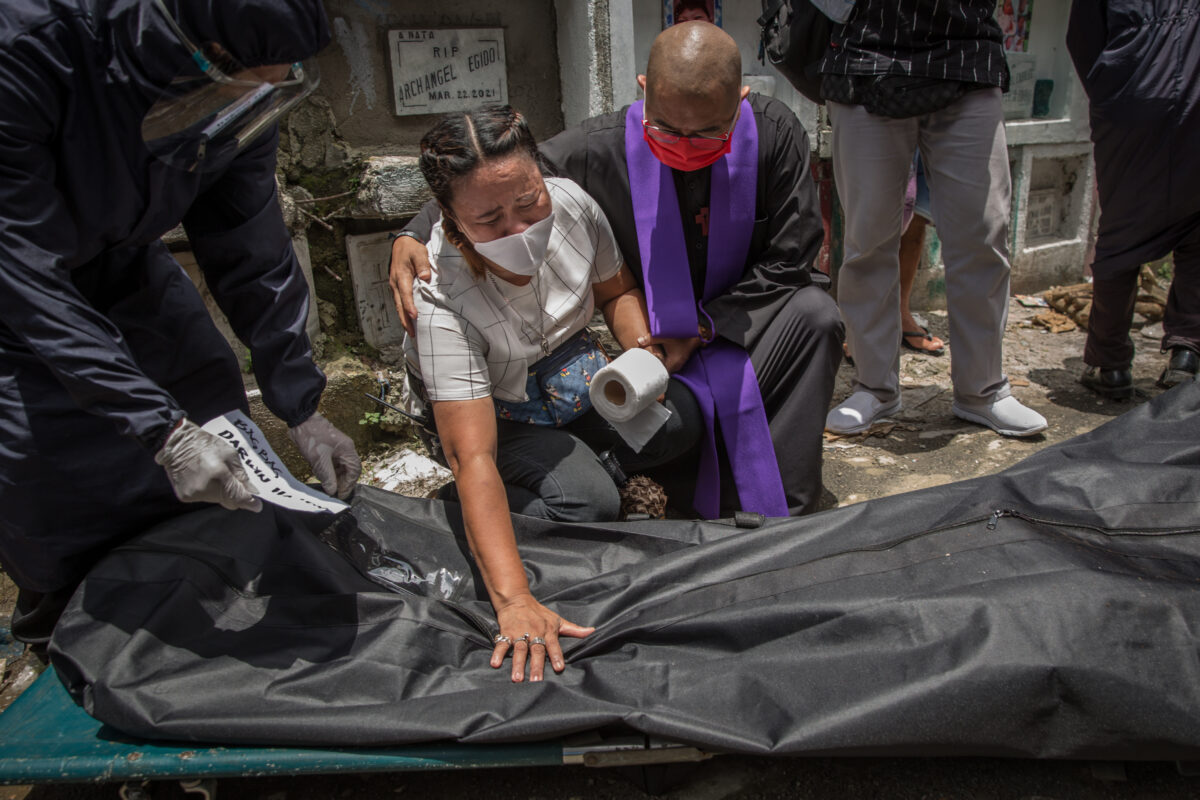