Travel Bans: When profit is more important than love

Love is not tourism. Stories of couples whose lives are torn apart by travel bans.

The pandemic is now more than a year old. Travel bans have become a normal part of our lives, but in preventing tourism, the bans have also had a devastating effect on bi-national couples. Couples who had just met, who were in the middle of falling in love, or were finalizing wedding plans suddenly found themselves separated by an impenetrable wall of red tape.

This is a small selection of stories provided to me by members of the Love is Not Tourism Facebook group to illustrate the damage these abusive and unhelpful travel bans are causing. When governments continue to prioritize business and sporting events to generate profits for their corporate backers, these stories show that it is people who will continue to suffer.

Love is not essential under capitalism, and it will continue to take a backseat to profit when the two come into contention.

To learn more and sign a number of national and international petitions, check out the Love is not Tourism official site.

“I cannot understand how a business transaction or a sporting event can be more important than our fundamental basic human rights to be together and to get married.”

“I am British and my fiancé is Indian. We were due to get married in India in April 2020 and last saw each other in November 2019 in Mumbai. We were finalizing our wedding plans at this time while I was working as a Nurse and a Care Home Manager in the U.K. We planned for me to fly out to Mumbai again in March 2020 just before our wedding. We didn’t think we’d be separated for this long.

A week before I was due to go to India, they canceled my flight and suspended my visa, and announced the global pandemic. I went to the Indian High Commission in Birmingham but I was refused as my circumstances were not compelling enough. I was told that compelling circumstances would be death or illness, not marriage.

We maintained a video call and instant message relationship while we were separated for 326 days. Our marriage was booked a couple of times during this time in the hope that they’d lift the travel restrictions so I could to travel India, but a year later, restrictions remain in place.

I soon caught Covid-19 in April 2020 and was moderately sick, but it was more frightening having the virus alone, with no family nearby. I recall not having food items and I couldn’t get medicine as the shops were selling out of essentials and I didn’t have anyone nearby who could help.

Without my fiancé, it felt like a tremendous battle and I was later sick with extreme anxiety, even after recovering from COVID-19. It was very isolating not having my fiancé or my children. My anxiety was so severe at one point that I was struggling to get my words out and I couldn’t remember things like driving, and I felt like I had pins and needles in my hands.

During our separation, my fiancé was stuck in a rented flat in India. He couldn’t leave due to the lockdown. He was in a very polluted area which affected his lungs badly and caused severe asthmatic symptoms. He wasn’t able to get treatment and I was very worried about him. The flat he was staying in was unhygienic with a bug infestation, but he was just stuck there and couldn’t leave. I recall him trying to put bedding in the sun to kill bed bugs. He’s a clean man, but he just couldn’t do much about his situation in a lockdown. It was a terrifying time for us both, we were completely powerless to help each other.

Eventually, 326 days after we last saw each other in November 2019, my fiancé was able to get to the U.K. on a visitor visa in September 2020. He stayed with me for 6 months and we were together for Christmas (although Christmas doesn’t bother him so much being from a Hindu family). I spoke to the U.K. Home Office to explain our situation but they said we were unable to get married on a visitor visa or switch it to another visa, so he returned to India once his visa expired in March 2021.

We are now separated again and looking at one of two options. We will either apply for a miscellaneous entry visa for myself so we can get married in India as planned, or we will look at applying for a U.K. fiancé visa. I spoke to the registry office in the U.K. who said they are unable to book a marriage in the U.K. until after July 2021 due to the pandemic, so it’s not looking likely that we will be able to get a fiancé visa anytime soon. The problem with me going to India is the quarantine rules on arrival and then again on return. With my children and my job, this will be difficult as I’d be away for over a month.

Getting to India is looking more like a possibility now. I am concerned as there is little advice on entry visas for marriage. Many have had success getting into India on entry visas, but not all have been accepted for this so it is still a constant worry. I don’t know how much more worry, sadness, isolation, and desperation we can take. We need a break from all of this.

Governments really need to do more for people like us. Some of us are fighting multiple battles being separated from loved ones, family, children, and other commitments that make this whole situation unbearable. When I explained our situation to the Indian High Commission they responded with, “Tourist Visas remain suspended.”

How our situation can be considered “tourism” when other people can travel for sports events and business reasons I will never know. I cannot understand how a business transaction or a sporting event can be more important than our fundamental basic human rights to be together and to get married.

We are strong and we will get through this, and I am grateful that we have our lives, but as many people are indeed permitted to travel, whether it be by bus, train, or plane, I really don’t understand why we are not important. We don’t want to go on holiday, we just desperately need each other. It’s our human rights. Governments need to know we are suffering.”

“We don’t really care where we are – as long as we’re together.”

“Back in early March 2020, I went on a business trip to New York City. We matched on Bumble. I told her I was not living in NYC, but she agreed to meet me anyway —against her own dating rules (no travelers!). Our first date was in a legendary bookstore (“The Strand”), and we talked about our hopes and dreams, and how we both wanted a change in our lives. Our date ended up lasting 24 hours, until my flight back to Germany.

Little did we know a pandemic was in full swing. We planned to meet again two weeks later in London and booked flights, and two months later in Barcelona, and at a wedding in Virginia three months later. And then the disappointment: all flights were canceled. The next part of the story you’re probably all familiar with: waiting, longing, wishing for this all to be over and to be in each other’s arms.

She told me she likes to hear my voice in the morning, so I recorded a poem each morning and send it around her wake-up time. Walt Whitman’s “On the Open Road” became our favorite, it speaks about the wonders of a venture into the unknown. I told her I love mountains and caves, so she sent me pictures of the most beautiful mountain ranges and caves from around the world each day. We spoke every day, and despite having met only once in real life, we became dead sure that we are meant for each other.

I have already quit my job (for unrelated reasons) and decided to leave my apartment in Berlin too. We finally found a great living situation in Mexico, and our visas don’t expire there. We don’t really care where we are – as long as we’re together. We feel very lucky and grateful, and just happy that we’re together.”

“We are unsure if the fact that we are a same gender couple is holding things up.”

“I have known my fiancée for over a decade and we became engaged in December 2019 and filed to get permission for her to move to the United States in June. We still have not gotten any further information on this other than that immigration had received our initial paperwork and that we are in processing.

The hardest part of this was that I was unable to come to Germany to be with my fiancée when she had surgery back in October. At the time I was told that since I had never visited her in Germany prior to this, I wouldn’t be permitted to come. She has visited me four times here in the States. I contacted the National Police because that is who I was told might be able to help and they just stated that there could be no bending of the rules. We are unsure if the fact that we are a same-gender couple is holding things up.”

These are real stories of human suffering. But they are also hopeful stories. Hopeful because they show that love is ultimately dearer to the human heart than profit. The dedication of the people in these stories shows that it is our loved ones who matter, it is loving others and being loved that matters.

Profit does not factor into the equation. To the claims of the capitalists and their apologists that greed and selfishness are fundamental to human nature — I don’t see any evidence of that here. The human spirit is irrepressible, and no matter what degradations capitalism throws at us, our humanity will win in the end.

Open Letter for the Equal Treatment of Displaced International Students 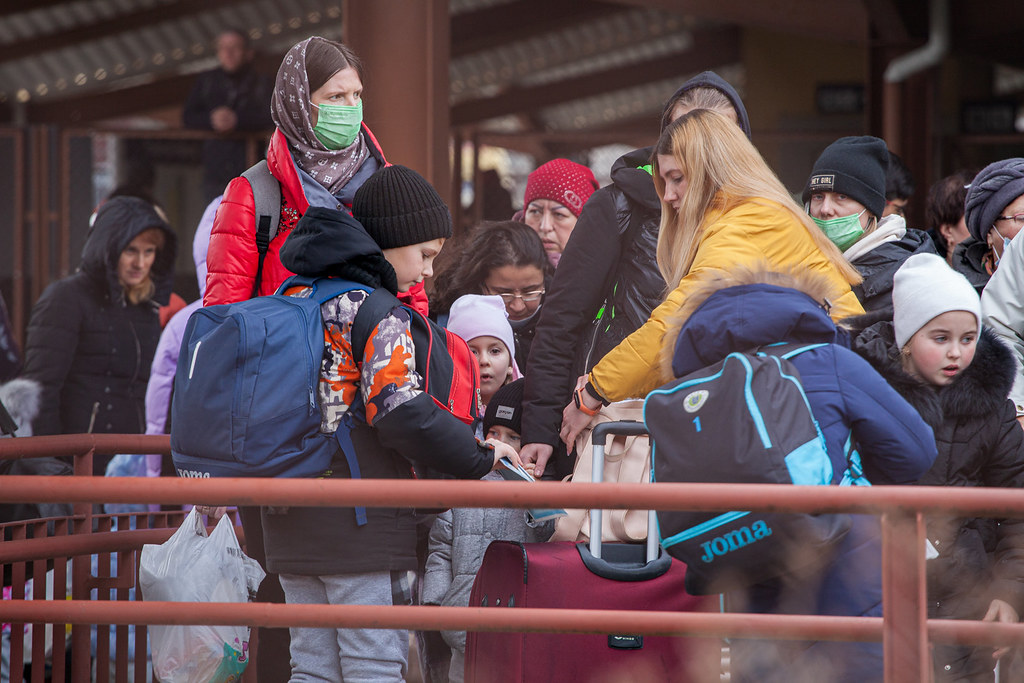 How borderless is European solidarity?